Arsenal​ returned to winning ways in the Premier League and moved up to third thanks to a 1-0 win over Bournemouth, summer signing David Luiz scoring his first goal for the club.

Pierre-Emerick Aubameyang came close to breaking the deadlock with a curled long-range effort after five minutes, but it was actually Luiz who struck first thanks to a simple header

It certainly wasn’t a vintage performance from either side and chances came at a premium for both sets of fans in north London, with things not improving too much after the half-time break.

The introduction of Gabriel Martinelli and Ryan Fraser brought a little more urgency to the match, but ultimately a very quiet second half petered out without any real excitement and Arsenal held on for what was just about a deserved win. 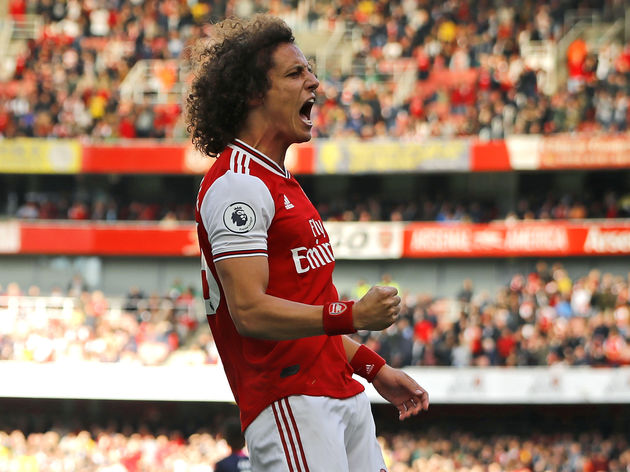 Arsenal might be known for their ability on the ball, but forwards Pierre-Emerick Aubameyang, Bukayo Saka and Bournemouth STAR PLAYER – Well, this is a tough one, and not for the reason that Arsenal fans would hope for.

Pierre-Emerick Aubameyang did the ugly side of being a lone striker very well, while Mateo Guendouzi once again controlled the midfield, but match-winner David Luiz certainly stole the headlines at Emirates Stadium.

David Luiz with a goal and Nicolas Pépé with an assist. Rival fans are having a day off today

David Luiz with a decent header! That’s what putting in a good corner does!! Don’t think we’ve had a decent set piece/corner taker since Santi Cazorla!

The 32-year-old wasn’t at his best defensively, but did offer a glimpse of his fantastic passing ability throughout the game and crucially scored the winning goal in what proved to be a hard-fought game for the Gunners.

It’s hardly a well-kept secret that Arsenal can be got at, but for some reason Eddie Howe set up his side to play perfectly into Arsenal’s hands on Sunday.

With a starting lineup that looked like it would cause Arsenal all sorts of problems on the counter-attack, Bournemouth spent most of their time trying to build through either Harry Wilson or Dominic Solanke – as opposed to the pacey Josh King or Callum Wilson. 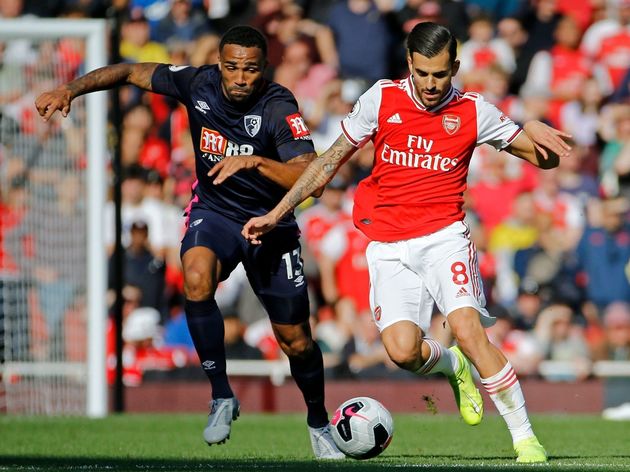 Slow build-up play worked wonders for a pressing Arsenal team who forced Bournemouth into mistakes, and although things did improve after the break, they basically handed the hosts all three points on a silver platter.

STAR PLAYER – There really weren’t any standout players for Eddie Howe’s side, but Bournemouth’s best moments did come through left-back Diego Rico.

The Spaniard showed exactly why he’s already picked up two assists this season, but Rico’s dangerous delivery on Sunday was let down by Bournemouth’s attacking players, who all too often were lethargic in the final third.

No one really stands out for Arsenal outside of Chambers. He’s been solid

Another chance! Diego Rico whips in a cross, and Wilson just can’t reach it. Much, much better. #afcb

Arsenal will travel to Sheffield United after the international break before returning to Europa League action with their changed squad at home to Vitoria, while Bournemouth will host Norwich City in two weeks time.