The Arsenal manager lost his cool towards the end of a dramatic Premier League meeting with Burnley, with the 10-man Gunners snatching a late winner

Arsene Wenger saw his side Arsenal side snatch a late winner in a dramatic 2-1 victory over Burnley, but not before losing his cool with the match officials.

In the second of seven minutes of time added on, the Gunners conceded a penalty as Francis Coquelin tripped Ashley Barnes inside the box.

Wenger was less than impressed with the decision of referee Jon Moss and aired his displeasure on the sidelines.

Fourth official Anthony Taylor bore the brunt of his ire, and the Frenchman was sent to the stands for taking his remonstrations too far.

There was, however, little time left on the clock and Wenger decided he would see out the final moments from the tunnel area, rather than among the supporters.

Taylor confronted the Arsenal manager once again, pointing in the direction he should be heading.

With tempers at boiling point, Wenger raised his hands to the official and pushed his arm away.

He then nudged him in the back as stewards looked to step between the pair, with the action off the field briefly diverting attention away from that on it.

Did he push him? Wow

Wenger was to have the last laugh, as Laurent Koscielny was caught by Ben Mee in the dying seconds and Alexis Sanchez held his nerve to convert a pressure Panenka penalty.

The Arsenal boss can, however, expect to face punishment from the Football Association for his actions.

Having been sent to the stands, he would already have been facing a touchline ban before tangling with Taylor. 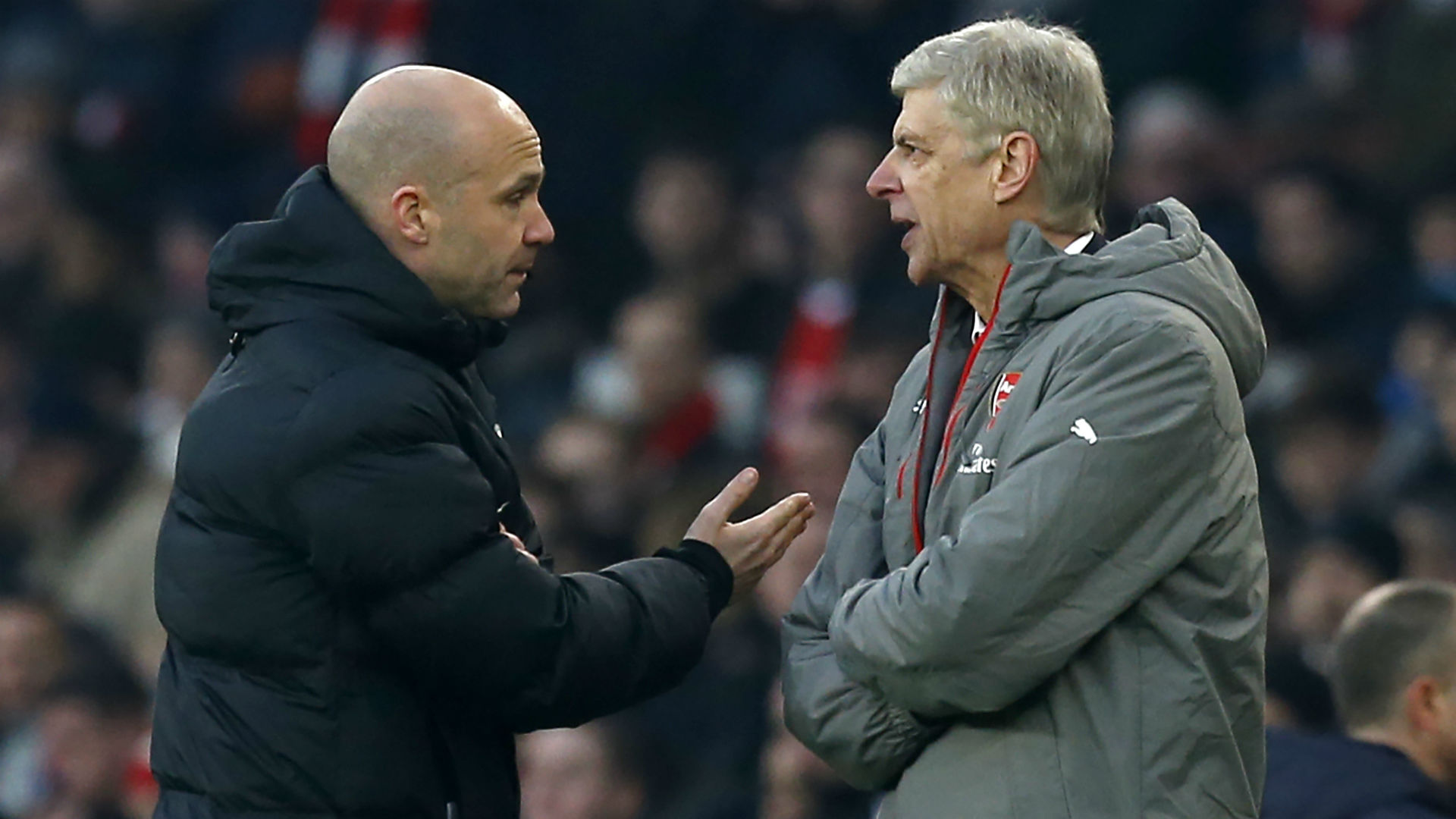 It remains to be seen how the authorities will act, but this is not the first time that Moss has been caught up in such an incident.

He was the man in the middle back in November 2016 when Manchester United manager Jose Mourinho was removed from the touchline for kicking a water bottle in anger during a meeting with West Ham.