​The most expensive goalkeeper in the world has played nowhere near well enough to justify his sizeable price tag this season.

Last campaign, that bizarre Carabao Cup final incident aside, Kepa made a fairly solid start to his ​Chelsea career. It was expected that the Spaniard would improve this time around but in fact, his form has ​dipped so badly he was replaced by a 38-year-old Willy Caballero for some of the Blues’ biggest games of the season.

Time for a change, Mr Lampard? ​Generally, football managers who spend close to £60m on a right-back might be inclined to give them an extended run in the first team.

Joao Cancelo has filled the Danilo role – ironically the man who was sent to ​Juventus in exchange for his services – perfectly this season, not playing very much football and underwhelming when he has been given a run out. ​Despite being given the number four jersey at the beginning of the season, Jesús Vallejo’s contribution in a Wolves shirt was almost non-existent.

Signed on loan from ​Real Madrid, Nuno Espirito Santo’s impressive transfer record suggested that the centre-back would be a success at Molineux.

The Spaniard made just seven appearances for Wolves before being politely shown the exit door in January. ​With Fernandinho forced to slot in as an auxiliary centre-back, Nicolas Otamendi has actually had to do some defending this season… and it’s not gone well.

The Argentine looks unsettled and has put in several calamitous performances. After years of tiresome speculation, Kieran Tierney finally made the move to the Premier League with Arsenal in the summer.

Unfortunately, the flying Scotsman’s inaugural campaign has been wrecked by injury and he’s only managed to make 11 appearances.

His time at ​Arsenal may even come to an end when the transfer window opens, with ​Leicester supposedly making him their top target should Ben Chilwell leave the club. ​When Tottenham announced the signing of Tanguy Ndombele in the summer, the club were praised for what was widely considered a ​shrewd piece of business.

However, Spurs’ record signing has completely failed to live up to the hype with José Mourinho even publicly criticising him for some poor performances.

Luckily, the two have patched up their relationship, even flouting the government’s coronavirus regulations to enjoy a bit of ​one-on-one training.

What a great, completely safe and definitely not ridiculously stupid idea. 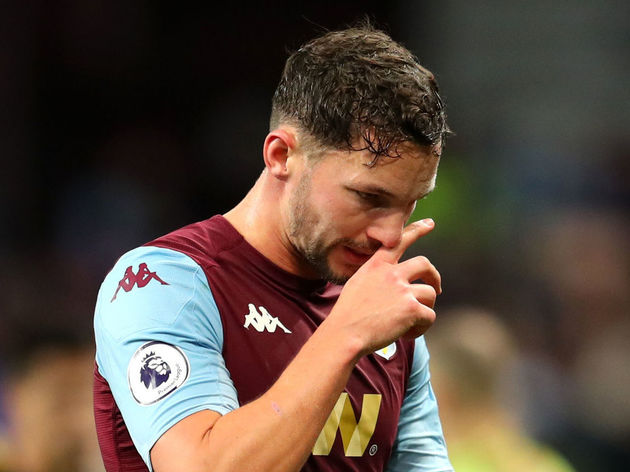 ​Fair play to Danny Drinkwater – the only player on this list to underwhelm for two clubs this season.

The ​Chelsea reject started the season on loan at Burnley, where he was rubbish, before moving onto Aston Villa – where he’s somehow managed to be even more rubbish.

Something is clearly not right with the midfielder and perhaps it’s time he took a step down to the Championship to rediscover his mojo. ​What does £72m buy you these days? Well, if you spend it on Nicolas Pepe… not very much.

The Ivorian has chipped in with just four goals and six assists in 24 Premier League games this season, a frankly embarrassing return for the club’s substantial investment.

Sharpen your pitchforks all you want Arsenal Twitter… you know we’re right. It must be hard playing up front on your own for the most defensive team in the Premier League.

Although Joelinton’s role in a tricky one, a £40m striker really should be scoring more than one goal in 29 games. That’s less than Fabian Schar for goodness sake. Moise Kean filled the boots of an injured Cristiano Ronaldo’s valiantly last season, so when Everton managed to tempt him away from Turin in the summer people got very excited.

The 22-year-old started the campaign poorly… had an underwhelming middle portion… and has been pretty average recently.