​Alex Iwobi has jumped to the defence of his Arsenal teammate Mesut Ozil and revealed the biggest difference in the team this season compared to last year with Arsene Wenger is the club’s ‘fight’.

The Nigerian forward has endured a mixed season with the Gunners this term, but has found more regular game time, featuring 29 times in the league, scoring three goals and registering four assists. Another player who has struggled for game time under Unai Emery until recently was ​Ozil, who continues to divide opinion amongst the ​Arsenal faithful as well as pundits, and is often labelled selfish and unwilling to work for the team, something Iwobi insists is not the case.

“Fans sometimes don’t appreciate what he gives to the team,” Iwobi told ​The Sun.

“I don’t know the stats but with Mesut in the team you are always going to get at least three chances a game from him. 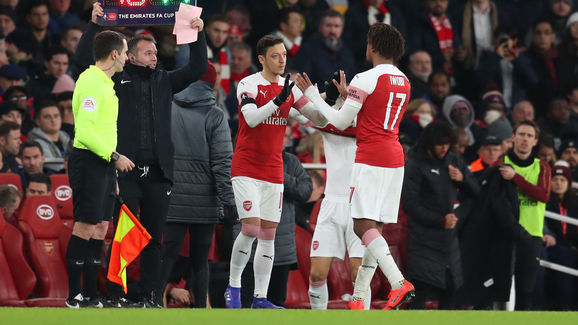