​The agent of Newcastle United star Miguel Almiron has revealed that the midfielder rejected a January move to Arsenal as they refused to offer him a permanent move to the club.

The 25-year-old starred for Major League Soccer side Atlanta United before securing a £20m move to St James’ Park in January, making him the club’s record signing. Although he is yet to be directly involved in a goal, Almiron’s work rate and creativity have already endeared him to supporters.

RB on Miguel Almirón: “He did really well (on Saturday). We knew he could give us pace and energy and he did it. Everything we were expecting from him, he did it and he did it well.” #NUFC pic.twitter.com/nasGHqEhz1

Speaking to Paraguayan radio station Cardinal Deportivo (via ​ABC), Almiron’s agent Daniel Campos revealed that his client has been the subject of serious interest from many ​Premier League sides.

“​Arsenal offered a loan and ​Southampton also, but they both had doubts about the league he came from. They were not sure about him being an MLS player. 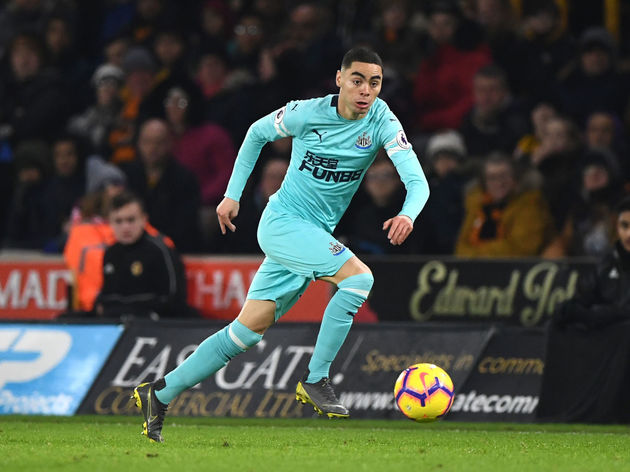 “In Italy, Fiorentina enquired about him and Cagliari offered a loan, a very large one. However,