​Real Madrid have been dealt a blow ahead of their summer transfer business, with Achraf Hakimi’s agent insisting los Merengues are no closer to tying their full-back down to an extended deal.

The 21-year-old’s current contract at the Santiago Bernabeu is starting to look a little skinny, although he is expected to return to Real at the end of the current campaign having spent the last two years on loan at Borussia Dortmund. 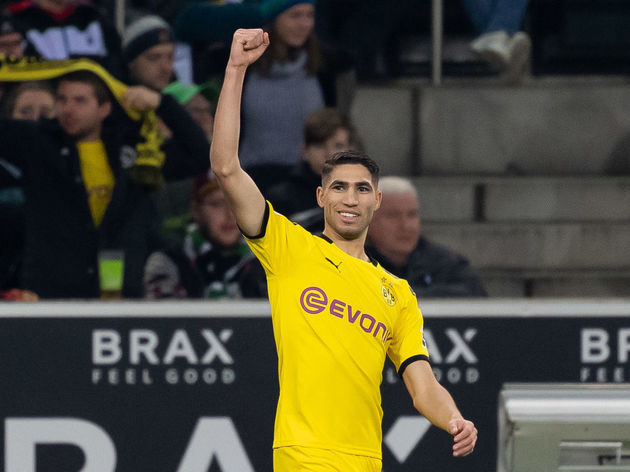 But facing the real possibility of losing Hakimi on the cheap in the coming transfer windows, should he decide not to extend his stay in Madrid, los Blancos have been working hard to come to terms over a longer deal.

“There is no basis at all. His contract at Real Madrid is still the same one we negotiated in 2017 and it runs until 2022. We have to wait. After this misery, we will sit together with Real Madrid and ​BVB.”

Dortmund do not have an option to buy Hakimi at the end of the season, but they do have first refusal over a possible transfer, meaning they will be given the opportunity to match any offer that comes Madrid’s way for the dynamic full-back. 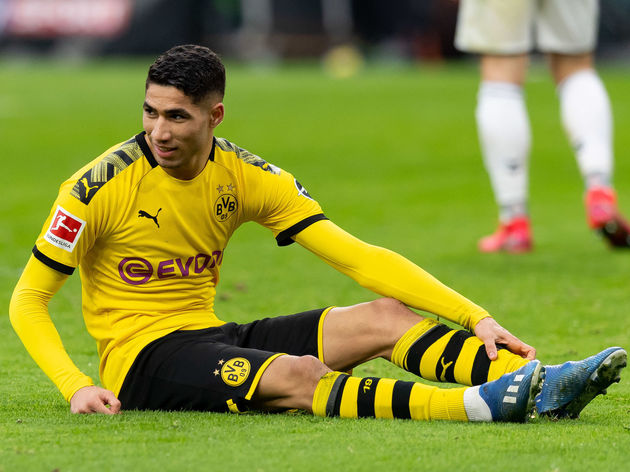 And they may face some serious competition for the defender’s signature.

​The Athletic report that a whole host of Premier League clubs are jostling for poll position in the race to land Hakimi, including north London rivals ​Arsenal and ​Tottenham Hotspur, while ​Chelsea have been ‘long-standing admirers’ of the exciting Madrid star.

Italian and French champions ​Juventus and Paris Saint-Germain have both been keeping an eye on Hakimi’s progress too, while Dortmund will face competition from Bavarian giants ​Bayern Munich, if they are to retain the man who has scored seven goals and laid on 10 assists this season.