Welcome back to 90min’s Premier League Hall of Fame, where hallowed legends go to cement their legacy with the cut of a digital ribbon, the toast of fictitious champagne and the slur of unwanted words in a mandatory speech.

To read up on the rules and regulations of this procedure, go here, and you can also check out the classes of 2005 and 2006 in the links provided there. Peter Schmeichel. The Great Dane. The Danish with fruit swapped for trophies. Yeah, the one that hates Ireland. That one. Boy, what a keeper. 310 ​Premier League appearances. 128 clean sheets. Three assists. One goal. What a hero.

And what a heroic speech.

The keeper, adorned in a Joker-ish green suit and already a bit unsteady on his feet – you know how keepers are, but if that didn’t tell you, then the effortless vice-like grip of his Guinness would – sidles up to the stage with a smug grin on his face. He soaks up the cheers then bays them to be quiet.

“You know…” he begins, and the crowd are ready for anything, any kind of Sir Alex Ferguson-adjacent anecdote. “I have seen Ireland play and they are so, so, so bad.”

With that, he pours his Guinness out onto the stage, drops the glass then, yes, drops the mic. The Englishman made sure of that. Enlisting the help of The Script and a will.i.am impersonator (the two have lost touch since 2012, apparently), who are belting out Hall of Fame on a loop, Winterburn chooses only to speak with words that exist in the song. That’s right, after seeing Nigel fail to get the former Black Eyed Peas star, Jurgen pulls some star-spangled banner strings to get him on board. And that’s not all. He gets Fergie and whoever else is still going strong for BEP to come along too.

But, despite everyone constantly asking where is the love? and claiming they have a feeling, Klinsmann still gets up to do a speech. Which is unfortunately inaudible. Because BEP had ‘reached an unforeseen level of rhythm in the jam’, as they told the assembled, and absolutely steamed, journalists afterwards.

They were, quite literally, having the time of their lives. 270 appearances. 100 goals. 64 assists. A number of questions about climate change.

Yeah, no band present at Le Tissier’s induction, and no Greta Thunberg cameo, either. No, Le Tiss uses his chance to speak candidly at this prestigious ceremony to cast some spurious assertions about the environment, because it’s not quite as cut and dry as the bloody ‘media’ will have you believe, apparently.

Anyway, he eventually brings the night back on track with a re-enactment of all 48 of his penalties, with VIP Mark Crossley brought in for the 48th and final one. Le Tiss went for the dink, and Crossley deferentially dived. Drinks were had. 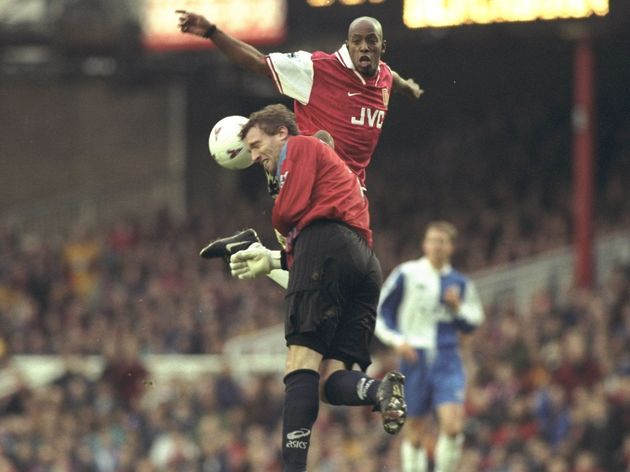 Before we get to the speech, it’s worth pointing out that this is iconic stuff from Tim here. And it’s the perfect encapsulation of his gifts. Gianluigi Buffon recently said that the greatest quality a goalkeeper can possess is fearlessness. And, as you can see, Flowers had it in spades. And bouquets.

And so to the speech. Well, seeing everything that had gone before, and acknowledging that he wasn’t perhaps as zeitgeist-y as others, Tim knew he had to bring it. So bring it he did.

Forgoing the hiring of a so-called band for rock and or roll, Flowers backed his own pipes, to great effect, the highlight of which was his chopped and screwed rendition of Prince’s ‘Diamonds and Pearls’, in which he altered the chorus to: “If I gave you Flowers from Tim, Would you be a happy boy or a girl.”

From there, he transitioned right into Hoddle and Waddle’s iconic ‘ Diamond Lights’, which was sung word for word, because some things are better left untouched.