Last season, Jack Gallagher and I broke footballing boundaries with our seminal series ’90min’s Definitive European Power Rankings’, detailing the best and the brightest teams from around Europe each year, using quotes from the best films of the best filmmakers around to illustrate our points.

This year, we’re going one better. We’re breaking yet more boundaries, for the Universe was strong, and ripe for expansion. We have therefore decided to extend these here rankings to the greatest individuals from around Europe from each gameweek across the season.

The player rankings will come on Mondays, with the team rankings reserved for Fridays. Naturally, having ‘completed’ the realm of cinema last year, we were in need of a new challenge. A new medium. A new canvas. Step forward the Television.

Each week, a season shall be chosen from a sensational tv series, from which the spectacular quotes shall flow. So, where to start? The only place that’s truly deserving – West Baltimore. It’s David Simon’s ‘The Wire’, baby, and it’s the daddy of them all (probably) – Season Four.

Oh, and just FYI, this is both DEFINITIVE and REACTIONARY, so get those pearls out for clutching. 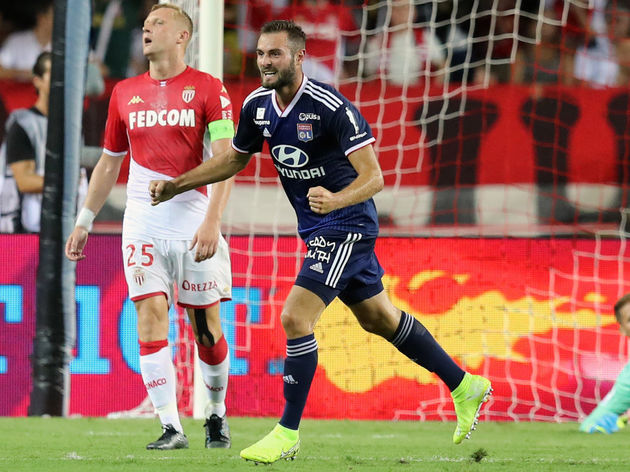 So, yeah, in case you didn’t know, the only ‘real’ leagues that are up and running around Europe so far are Ligue Un, the Premier League and the Portuguese league. So, fairly slim pickings.

The game of the opening weekend in France was undoubtedly Monaco 0-3 Lyon, although not necessarily for its sparkling quality. Moussa Dembele opened the scoring with a decent header, Cesc Fabregas was sent off via VAR’s cruel interventions following an innocuous-looking ‘stamp’ on the back of a defender’s legs when ambling into the box and Memphis Depay managed to get a fairly tame long shot through the legs of debutant keeper Benjamin Lecomte.

Thankfully, though, Lucas Tousart was there to save the day with a saintly 80th-minute strike to class up the affair. As is their wont, Arsenal were making a bit of a meal of Newcastle at a rainy St. James’ Park on Sunday, with chances hard to come by and quality just as scant.

But, fear not, Pierre-Emerick Aubameyang is always there, lurking, ready to pounce. Now, let’s be real, sometimes that pounce can precede a hilariously skewed shot, but not this time. No, this time he slotted it, bagging his 33rd league goal in his 50th game, making him the most prolific forward at such a milestone in the club’s history. “The young man seems to think highly of you, boss. He invoked your name with a measure of respect.”

I am the young man. Ederson is the boss. I shall proceed to invoke his name with a measure of respect.

Ederson is a great goalkeeper, and that double save served as a reminder that, just because he can play a better 60-yard pass than any West Ham player, doesn’t mean he can’t do the business with his hands too. “A wise man does not burn his bridges until he first knows he can part the waters.”

Despite months of speculation, Lewis Dunk remains a Brighton player, and a player with all his bridges still intact, as is made clear by the above embrace, and the armband that’s strapped around his bicep.

However, his defence-splitting pass for Albion’s third against Watford showed he clearly knows how to part the waters too…Seagulls beware. “Man, money ain’t got no owners. Only spenders.”

Speaking of defence-splitters, try Marquinho’s against Amiens for size. It’s a caressed scorcher, if ever I’ve seen one, from a player who, at £28m, represents the kind of canny business that PSG have strayed away from in recent Champions League-crazed times. Yeah, it may have taken Harry Kane some time – 86 minutes, to be precise – to truly impose himself on the game against Aston Villa, but once he did, he was unstoppable, first winning the game and then sealing it with a four-minute brace.

Those August blues are a distant memory now. The Great Lilywhite Hope is up and running. “These two are my Cadillacs. Everything else on this board is second best, sorry to say.”

Football has become a full-back’s game in recent times, and in Trent Alexander-Arnold and Andrew Robertson, Liverpool have the two best in the business.

After wowing such creatives as Cesc Fabregas last season with his ‘pure intelligence and vision’ against Barcelona, the Englishman has started where he left off, arrowing in crosses like Jeremy Renner in ‘Avengers: Endgame’. They both deserve an Oscar, IMHO. “Remember who the f**k you talking to right here. Remember who I am. My word is still my word. In here, in Baltimore, in any place you can think of calling home, it’ll be my word that finds you. You still got me. We’ll get by.”

I’ll see your Marquinhos and your Dunks and raise you a Paul Pogba.

The Frenchman is still in Manchester, and he has a message for the h8ers. “Damn…you ain’t even wait to get the motherf***er in the house!”

It took Liverpool just seven minutes to get their 2019/20 campaign up and running, and Mohamed Salah 19 minutes to open his account for the season.

Norwich had barely laid eyes on the Anfield pitch before the dye was cast here, and Salah’s effervescence was the brightest hue… “You understand what I mean by recoil?”

…But not as bright as Ashley Barnes, baybee. The Austrian fella had to shield his eyes, such was the glow from his flamey outing against Southampton.

Two goals, each expertly taken, with the precision of a top-level gunman. Some might be recoiling at this pick, but not Barnes. Barnes took everything in his stride. And that’s why he’s here. “I love the first day, man. Everybody all friendly an’ sh*t.”

Oh to be Virgil van Dijk. To be the most aerially impressive player in the Premier League (editor’s note: bar SHANE DUFFY OF COURSE), and be able to waltz into an opposition’s box, saunter towards a pinpoint Mo Salah cross, and yawningly plonk your head on the end of it, unbeknownst to 11 onlooking players in green and yellow.

Oh to be Virgil van Dijk. “You think I have time to ask a man why he giving me money? Or where he gets his money from? I’ll take any motherf***er’s money if he givin’ it away!”

Harry Maguire has been offered the money, and he’s taken it with both hands. But that doesn’t mean he hasn’t taken the opportunity present at Old Trafford with similar gusto.

Slabhead was slabbing his head against every ball that came within his orbit, with Tammy Abraham duly confirming to the gravitational pull of his pocket. “Yo, we always in the market for a good soldier. We see one we like, we take care of his situation. Take him in, school him, make him family. And if you with us, you with us. Just like we be with you, All the way.”

Nuno Tavares. Remember the name. No sooner have Benfica lost Joao Felix have they found another generational talent, judging by Saturday’s showing.

The 19-year-old scored the goal of the weekend with a curling long-ranger that peak Philippe Coutinho would be proud of, before grabbing two assists – one with a deft lob over a defender, the other thanks to a penetrating low ball across the face of the goal.

Oh, and it was his reverse pass into the area that allowed Haris Seferovic to grab the club’s third. Out of the Eagles’ five goals, four of them were thanks to Tavares. Remember the name. Watch out for the price. Kylian Mbappe bows to no man, conforms to no history and stops for nothing. He is relentless. He is irrepressible. He will eat up the ground around you until you’re stranded. And then he’ll score. And then he’ll offer his pal Angel Di Maria the chance to get on the scoresheet.

Kylian Mbappe is rewriting the footballing script, and this was just the pilot. ‘Thought you said it was getting warmer?’

‘The world goin’ one way, people another yo’.”

Speaking of game-changers, see our inaugural champion, [Sir] Raheem Sterling. While Mbappe’s rise has been quick and painless, Sterling’s has been that been longer, that bit windier and not without its labours.

But the demons have been conquered, the media put in their box, the world that little bit improved. And, in this new world, Raheem Sterling is king, the ball is his subject. Saturday’s hat-trick? His coronation.