You know what happens when the last two months of the Premier League title race ​are just ‘will either of these brilliant teams drop points against vastly inferior sides this week? NO!’

What happens is that we have a lot of time for narratives. Sub-narratives, metanarratives, nonsense, daft stuff, all of it. Some of those have been fun, but some of them…some of them can stay in 2018/19, thank you very much.

‘Man City Are the Robot Overlords’ Isn’t it so boring that CITY won the league? That team who are relentlessly consistent, had the best defence all season, only lost one single league game, realised they had a problem at the back 18 months ago and threw £135m at two players to plug that gap? That awful robot team! If only it was the team with exciting wingers and an outspoken, likeable young English star and…and…

Oh, I see what I’ve done here. I’ve gotten ​Liverpool and ​City’s narratives mixed up, because guess what, all really good football teams can be kinda boring to watch and that’s both of them.

‘Poch Has Hit His Ceiling’ 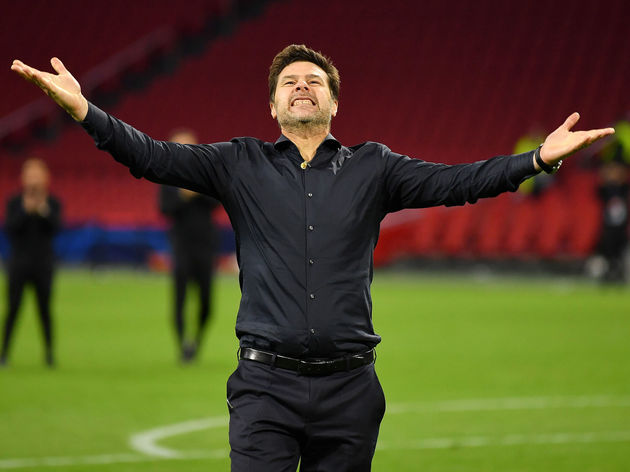 You know who doesn’t have a ceiling? Mauricio Pochettino. You know who has a massive, solid, brick-and-wrought-iron ceiling? ​Tottenham Hotspur. And that’s not just idle fact, it’s cold hard speculation. Putting Spurs’ not ‘pushing on’ to a title challenge on Poch’s shoulders is…let’s stop, shall we?

Unless a club is staggeringly poorly run at director level (​Manchester United), you can basically track how well they’re going to do by how much they spend on wages, to within a couple of places. Sometimes a team will outperform that by a couple of places, then their best players will either want to leave (for more money) or stay (and make more money).

Spurs spend about as much money on wages as Everton. Their average first team player makes more than 25% less than any other top six team (​Arsenal are next, by the way, which is probably why they are where they are).

In the wage table, there’s a bigger percentage gap from first to fifth than from fifth to sixth. Pochettino doesn’t have a ceiling. Spurs have a ceiling.

‘[Insert anything about Wolves being plucky]’ ​Wolves are great. Nuno Espirito Santo has been handed a brilliant squad and done well with it (the Huddersfield Incidents aside). They’re fun to watch, their wing-backs batter people all over the shop, it’s class.

They’re not plucky though. They’ve used their close ties with Jorge Mendes and his

‘Newcastle Are Being Run Into the Ground’ Alright, Mike Ashley isn’t a very well-liked owner. We get it. The Magpies have ‘only’ had a net transfer outlay of about £40m over the last two seasons. Okay! He got hammered at a business meeting and threw up in a fireplace. FINE!

Also…​Newcastle are good? Like, they’re a decent team? Chill out? Wild how a team who went about 35 years without challenging for a top flight title don’t have the fanbase that some others do. Even wilder that the team they’ve shared a relatively small city with have been world’s biggest football club for most of that time. Who knew that might lose a club a generation or two of fans?

Speaking as someone who supports a crap team in a low-population catchment area…who cares? Going ‘oh, but they don’t have as many fans as us,’ just looks weird and bitter. Tear them down for something more interesting, at least.

‘Eddie Howe Should Be Given a Bigger Job’ Let the man prove he can teach a team how to defend first, yeah? He’s backed with a reasonable amount of cash and moulds very attacking teams from that. Great. Still conceded 19 goals more than an absolutely woeful Arsenal defence though, didn’t he? Man, shut up. Shut up and have fun. BEST LEAGUE IN THE WORLD