​There’s nothing more frustrating than a transfer saga that refuses to end.

All we want is confirmation, one way or the other. And this January we’re caught right in the middle of a couple of the longest-running transfer sagas we’ve seen in years. They’re at no signs of an end, either.

With that in mind, Where else to start but with this humdinger.

Silky playmaker Bruno Fernandes has hit a combined 78 goals and assists in his last 79 matches for Sporting CP. In other words, he’s a very attractive prospect for most of Europe’s big clubs.

This story has seen both Manchester giants, ​Tottenham Hotspur, ​Chelsea, ​Inter and many others fall at the Portuguese midfielder’s feet. It’s the ​Red Devils who look to be closing in on him, but at the moment talks between United and Sporting remain in deadlock over a transfer fee.

We could’ve said the same six months ago. Paul Pogba never seems to be fully content with his situation at Old Trafford, which has led to persistent rumours that the Frenchman is looking to engineer an escape route.

A U-turn is on the cards as ​Juventus make their interest known, while ​Real Madrid are likewise lurking. Zinedine Zidane’s side have been tracking him for some time, and could swoop in the summer. 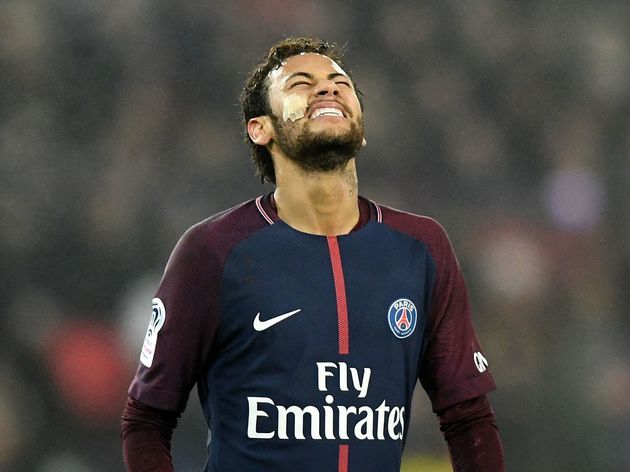 In the summer of 2018, we began hearing rumours that ​Barcelona were working day and night on a deal to bring Paris Saint-German’s Neymar back to Camp Nou.

Guess what came of it?

Fast forward 12 months and La Blaugrana are once more on the hunt for the Brazilian superstar after Ousmane Dembele’s struggles.

But wait! Now it sounds like the Catalans have no interest in re-signing Neymar, who they view as a troublesome player with the potential to damage squad harmony.

Still, the saga refuses to die, with the Spanish champions ​allegedly set to return for the PSG forward once the current campaign reaches its conclusion.

At this rate, we’ll be talking about this transfer until the day Neymar retires, and maybe after that, too. ​Tottenham supporters were a little on edge back in 2000, with various media outlets linking club captain Sol Campbell with a free transfer to north London rivals ​Arsenal.

Nevertheless, the Spurs faithful weren’t too concerned when the rumours started to emerge. A move to the Gunners sounded outlandish, and the skipper had repeatedly reaffirmed his commitment to the Lilywhites.

Speculation grew, however, and it continued to do so. For over a year, Campbell’s future was very much up in the air, and a hot topic of conversation. The longer he refused to put pen to paper on a new deal, the more worried Tottenham supporters got.

The media frenzy finally ended in July 2001 as Arsenal announced the capture of the centre-back. Fair to say, those he left behind were livid, labelling him ‘Judas’ for his controversial transfer, and the manner in which he went about it. You can see why ​Chelsea were determined to lure Steven Gerrard away from ​Liverpool, with the Blues hoping to pair him up with Frank Lampard, thereby forming a midfield super group.

It seems the boyhood Reds fan was likewise keen on joining Jose Mourinho’s revolution in west London, before opting to stay at Anfield in light of death threats from Reds supporters.

Gerrard had handed in a transfer request mere months after he’d led the Merseysiders to victory in the 2005 ​Champions League final, having been linked with a switch to Chelsea for well over 12 months.

Were it not for the threats he received – as well as the stunning protests that took place outside Anfield and Melwood – we may well have seen Stevie G slipping up for the Blues, rather than the Reds. The Argentine has looked to be on his way out of La Vecchia Signora ever since the arrival of Cristiano Ronaldo in Turin, but as things stand, he’ll be at the Allianz Stadium until next summer, at least.

​Issues over image rights were all that stopped Dybala joining Tottenham in August, demonstrating how close he’s come to cutting ties with Juve.

So, he’s still pushing for a move away, right? Nope, the forward has instead started ​negotiating a new contract with the club. It won’t be long before his name is littering the rumour mill once again. This one began midway through the last decade as people started to appreciate what a wonderfully gifted footballer Eden Hazard is. Fans realised he was – to recycle an over-used pun – the ​Real deal.

Then Los Blancos boss Zinedine Zidane went and said ​he’d pick the Belgian over Lionel Messi and Cristiano Ronaldo, which was always going to cause some commotion.

And so, the hunt began, with Real Madrid spending the next five years tracking Hazard, the Spaniards eventually getting their way last June as they wrapped up a 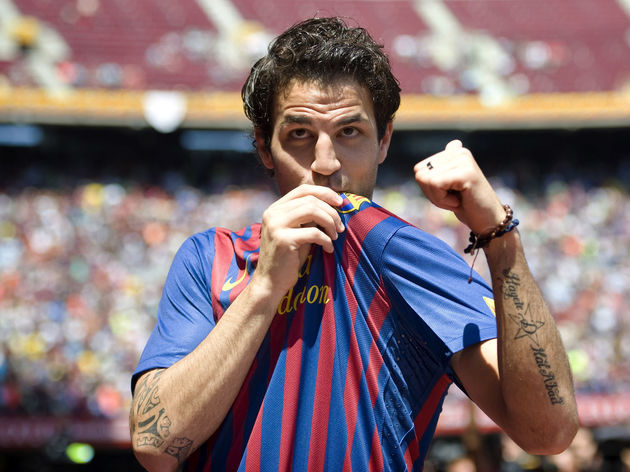 Cesc Fabregas was probably linked with a return to Barcelona before he’d even been born, such was the drawn-out nature of this saga.

From the moment he made his Arsenal debut in 2003, the midfielder’s future in north London was up for debate, with the media incessantly reporting that La Blaugrana wanted their man back.

Many campaigns came and went, but nothing came of the speculation, though a day never went by without a newspaper claiming Fabregas was poised for a Catalan homecoming.

There was only one way the story would end, the playmaker re-signing for his hometown club in 2011 after