If it has to happen, if the COVID-19 crisis worsens further and there is literally no other option, then sure. But as much as there are plenty who would love to laugh at Liverpool being stripped of their title, or revel in Norwich taking advantage of things with a relegation zone prison break, surely we all want to see all other options considered first.

Not with me? Then have a look at eight moments that will be rendered effectively meaningless if the season is lost in the annals of time. 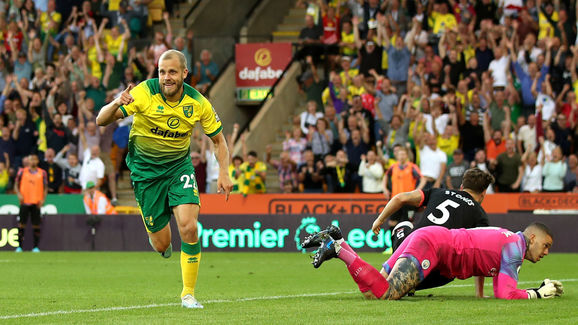 Starting with the would-be relegation fodder themselves, does anyone remember many moons ago (September) when ​Norwich were the story of the season, and the best of the sides promoted from the Championship?

They might have won just three league games since, but their historic 3-2 victory over defending champions Manchester City – courtesy of a Teemu Pukki masterclass – was almost unthinkable at the time.

It put a real chink in the armour of City, but what followed…yeah, both teams will be quite happy to forget. Matty Longstaff was once barely a blip on the radar compared to his more established sibling. And then he was thrown into the starting XI to face ​Manchester United back in October, and it all changed.

The smaller, younger of the Magpies’ Longstaff brothers (Matty Shortstaff? No, behave) gave St James’ Park a moment to remember with his speculative long-range strike that whizzed past David de Gea. It secured a memorable win in what has been (COVID-19 intervention aside) a surprisingly steady season under Steve Bruce. Everyone who watched more than an hour of this one without turning the channel out of sheer embarrassment for Southampton: what is wrong with you? Show some remorse.

As astonishing a capitulation as it was for the Saints, however, it was an equally jaw-dropping display from ​Leicester, who equalled the Premier League record for the biggest winning margin.

Thanks to Danny Ings evolving into his final form, Southampton have turned it around since, but even its potential banishment into ‘didn’t even count history won’t help them forget this one.

Jahanbakhsh’s Goal of the Season 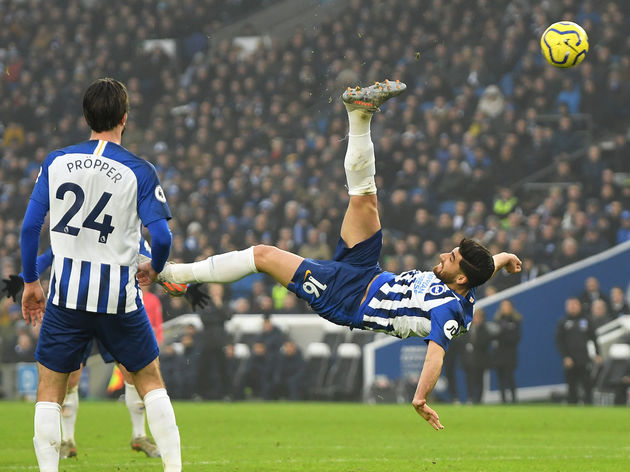 OK, so it might not actually be the best goal scored so far this season, but it’s definitely the most memorable, so what you going to do?

Alireza Jahanbakhsh’s Brighton career had been on life support after a stuttering season-and-a-half in England, and though it has hardly exploded into life since, his crystal clean gravity-defying overhead kick to steal a point against Chelsea will live long in the memory…even if not the record books. We won’t waste your time listing every record Liverpool have broken so far this season (see ​here for a few more of those) but there is no denying, Watford and Atletico to one side, that they have been startlingly good.

Their utter domination of the season was best summarised by their eked-out 1-0 victory at Tottenham back in January, that put them on 61 points from a possible 63 – the best total ever managed across Europe’s top five leagues after 21 games.

It’s safe to say they won’t be ​voting to void the season. As things stand, despite scoring the sixth-fewest goals in the division, they are on track to qualify for European football in 2021/22, and have lost away to only Liverpool and Manchester City in the league this season. Seven defeats in 28 games, in fact, is a tally bettered only by the Reds (1), Wolves (6), and, somehow, Arsenal (6). There has been plenty debate this season about where Sergio Aguero ranks among the Premier League’s greatest ever strikers, but the numbers speak for themselves. In netting a hattrick against Aston Villa (also in January, Ismaila Sarr, in particular, ran the show on the day, showing the formidable Liverpool back-line how football is played with two clinical finishes and an assist for Troy Deeney. Dejan Lovren will be wishing he could put this one out of his mind, but he is likely to be seeing Sarr and Deeney in his nightmares for decades to come.