The January window’s open, lads – you know what that means? It’s time for some big ol’ switcheroos in the world of football.

While the common conception can be that clubs are looking to buy and sell to help themselves, sometimes it’s about what a player wants and needs. Midway into the season, where do their best chances of success lie? Can they get total fulfilment out of staying where they are or do they need a move to reach new heights?

Here are seven players who need to break free in January in order to succeed. It feels like we’ve been here before with Bruno Fernandes, right? An outstanding goal threat who clearly needs a fresh challenge at this point of his career having given everything for Sporting, Fernandes has long been linked with a move to the ​Premier League.

With a freshness and clear hunger to prove himself at the top level, he would definitely be useful for either ​Manchester United or Tottenham. While he’s a shoo-in for Portugal at Euro 2020, that shouldn’t stop him from wanting to make a significant jump at club level. Sometimes change is needed after a while in any career, and it’s no different in football. After six-and-a-half years of service for ​Spurs, ​Christian Eriksen admitted even back in the summer that he would like a new challenge.

It’s a short career and footballers will want to experience as much as they can, whether that’s on the field with a new team or off it in a new country. If the Dane is able to secure a transfer this January, then he could provide a huge boost to whichever side he joins – whether it’s helping Inter challenge ​Juventus for the Scudetto or with PSG’s push for the ​Champions League. 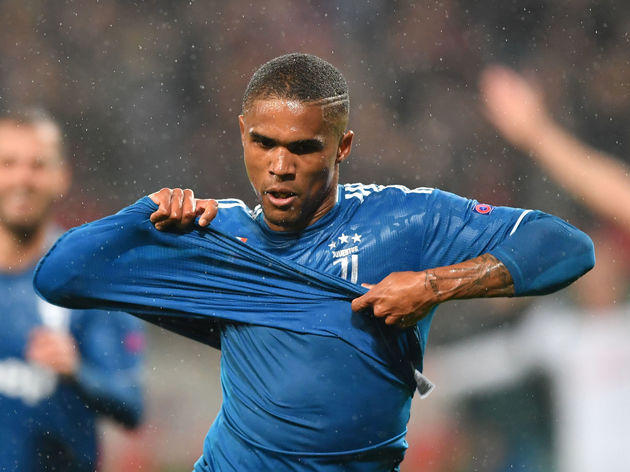 In a side featuring the likes of ​Cristiano Ronaldo, ​Paulo Dybala and ​Gonzalo Higuain, arguably Juventus’ most fun player to watch is ​Douglas Costa.

A tricky winger trying to fit his way into a team that no longer uses them, Costa has spent much of this season attempting to impress new boss Maurizio Sarri and battling niggling injuries.

On his day, he remains one of the world’s greatest showmen, and could easily do a job for a top European side still. Having won Ligue 1 with Monaco and the World Cup with France, ​Thomas Lemar could be one of Europe’s most underrated stars who need a move this January.

Not many wide men excel in playmaking or possessing an ability to operate between the lines, but the Frenchman’s deft skillset could prove useful, and maybe even key, to several sides should he leave ​Atletico Madrid this month.

He has been offered to ​Arsenal and Spurs on loan, and it could be a straight showdown between the north London rivals for Lemar’s services. Even when Moussa Dembele was scoring goals for fun with Fulham in the Championship or with Celtic up in Scotland, there was a sense that he would still have that golden touch even at the highest level, and now seems like the time to make that jump.

A year-and-a-half into his stint at Lyon, Dembele is now on the fringes of a France call-up ahead of Euro 2020, but to ensure his place in Didier Deschamps’ final squad, a long-awaited move to the Premier League could be his best chance to show his worth. Don’t let Luka Jovic’s quiet start at ​Real Madrid fool you – he’s still a great striker with sky-high potential. Every forward has peaks and troughs, and the Serbian is no different, but maybe he needs a new environment to showcase that.

During his time with Eintracht Frankfurt, Jovic proved to be one of Europe’s top marksmen, and that’s not a skill you lose overnight (or in this case, half a season). Give him a run in any first team​, Madrid or otherwise, and he will score goals. Have a little faith, guys.

There are few players in European football who can truly say they are the heartbeat of their team, making everyone tick just with their presence even if it’s been a bad game – that’s been the life of ​Wilfried Zaha at Crystal Palace.

What he’s done at Selhurst Park – where the seats have needed a good oiling for some time having clinked so much in anticipation that the Ivorian will entertain – has already made him a club legend, and this is one Eagle who needs a new start in order to soar.

​Bayern reportedly offered to take the winger on loan with an option to buy, and while it would be fun watching Zaha tear up the Bundesliga, he could be just as effective at any of the other London clubs in the Premier League.

This article is brought to you by