Football derbies are just wonderful. The intensity, passion and hostility is endearing, which is why we’re doing a wee series on them here at 90min.

​But what about the other rivalries? Yes, you know what we mean, players on opposing sides who just hate the sight of each other, where you can be sure there’ll be a dozen or so expletives shared throughout the match, and a few late tackles thrown in for good measure.

It happens across the board in football, with the ​Premier League being no different. In fact, some of the most notable player disputes have occurred in the English game, so why not take a trip down memory lane with seven of the most fierce? Onboard? Cracking, so let’s get into players who downright loved smashing each other. You’d be forgiven for thinking these two had been friends for life given the camaraderie and chemistry they share as pundits, but we all know that is far from the case. Playing for their home town clubs – who also happen to be big rivals – certainly added spice to the occasion

As citizens of their respective sides, they wore their hearts on their sleeves, which, more often than not, meant tempers boiled over. Any chance to get up in each other’s grills was taken, so it’s probably beneficial that they were both defenders and rarely came in contact. Rightly revered as one of the Premier League’s finest central defenders, the fact that Torres got the better of Vidic on a few occasions illustrates just how good the striker was in his pomp.

While at ​Liverpool, Torres saw Vidic get sent off twice for fouls on the Spaniard, first in 2008 and then again just six months later. Not taking too kindly to the rough treatment, the pair came to blows again for the remainder of their league careers, most notably at Stamford Bridge in 2014. In one of the more obvious additions, two Premier League greats pulled no punches – literally – whenever they took to the field together. It started with Keane’s missed punch on Shearer in 2001, and then a series of tunnel bust-ups followed.

Shearer got his revenge on the pitch with a crafty elbow at Old Trafford in a heavy defeat further down the line, but these two never saw eye to even after their playing careers had finished. Which is why it’s a good thing Shearer didn’t join ​Manchester United in 1996, isn’t it? 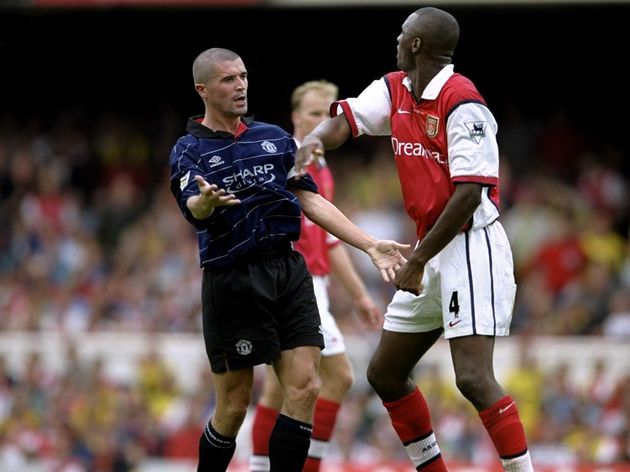 Back again, but this time for arguably the greatest player rivalry in the history of English football. With Close your eyes and point a finger at a list of all the players ever to come up against Costa. Congratulations, you’ve found someone he’s beefed with. However, Skrtel gets the nod for being one of the few to stand up to the Spaniard’s draining antics whenever possible.

There were attempts to gouge eyes out, countless cheeky elbows to the ribs, shoves into the back and legs left dangling and toes trodden on. It was a pretty engrossing affair, to be honest, and one that dominated the headlines before, during and after the pair came to blows. Top quality entertainment from two no-nonsense footballers.