Double Save vs Liverpool ​ 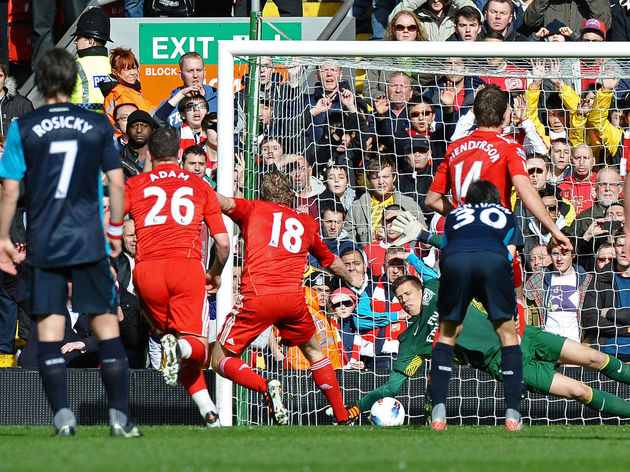 ​Arsenal should have donned black and white striped jerseys and a balaclava against Liverpool in March 2012, because they pulled off the robbery of the season. The Gunners defeated ​the Reds 2-1 at Anfield and, other than Robin van Persie’s brace, they had only Szczesny to thank for his unbelievable heroics.

The Polish star pulled off a string of fine saves over the course of the 90 minutes, but nothing was more impressive than his penalty stop from Dirk Kuyt. The Arsenal man dove to his right to keep out a well-struck spot-kick, and then sprang to his feet to parry the rebound away from the opposite corner. 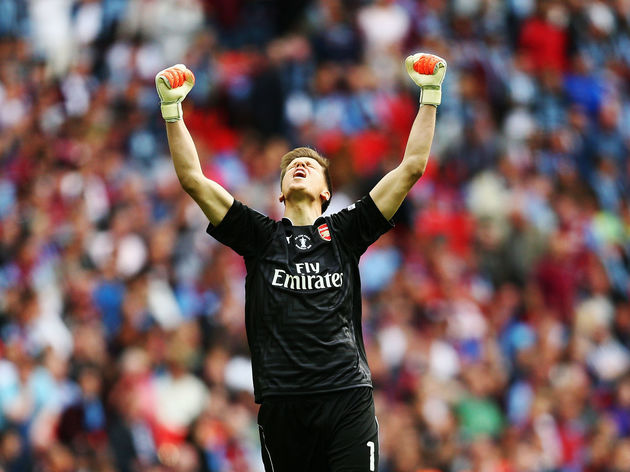 Having shared the 2013/14 Premier League Golden Glove award with ​Chelsea’s Petr Cech, Szczesny must have been devastated to not feature in the FA Cup final success over Hull City. But his day in the sun was to come sooner rather than later.

The following season, the Polish goalkeeper was given his chance to keep net in a major final, after he was selected to face Aston Villa in the 2015 FA Cup final. It would be a perfect day for Szczesny, who kept a clean sheet in a 4-0 victory.

It would prove to be a bitter-sweet season for the Polish star however, as he lost his first-team spot midway through the campaign, which eventually spelt the end of his time in north London. 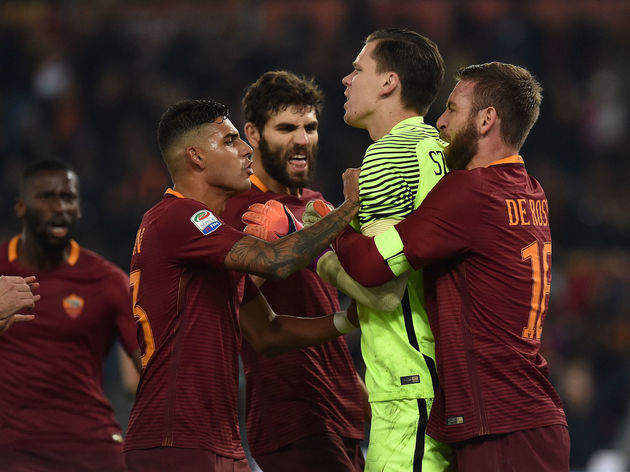 For those who watched Szczesny during his Arsenal days, and are now witnessing Alisson stake his claim as the world’s best goalkeeper for Liverpool, the idea that the former managed to bench the latter for an entire season is pretty moronic.

But somehow, that was the case during the 2016/17 season at the Stadio Olimpico, where an on-loan Szczesny kept Alisson at bay at Roma, restricting the brilliant Brazilian to appearances in the Europa League.

In reality however, it was hardly surprising at that time, given the lack of experience Alisson had enjoyed at the top level up to that point, and just how good the birthday boy was during his two years in the Italian capital. An absolute rock.

Fingertip Save vs Atletico Madrid

Given that ​Cristiano Ronaldo did what Cristiano Ronaldo often does – single-handedly defeat ​Atletico Madrid and rip off his shirt – we often forget that this Champions League feat was only made possible by one of Szczesny’s super-strong fingertips.

A long ball was flicked into the path of the clinical Antoine Griezmann, and the Frenchman looked to have finally broken the deadlock in Madrid, lobbing the ball over the head of his Polish adversary.

Szczesny looked to be beaten, but he somehow prodded the ball with an outstretched fingertip, poking the shot onto the crossbar. The Juve number one was on the losing side on that particular evening, but he would end up having the last laugh over Diego Simeone and co. If you’d asked any ​Juventus supporter a few years ago about the massive hole that’d be left by the ageing Gianluigi Buffon, they’d have told you that the big Italian was simply irreplaceable in Turin. He’s been a tough act to follow – sure – but Szczesny has risen to the challenge and put any fears to bed over the future of the club between the sticks.

Since inheriting the number one jersey in 2018, Szczesny has never looked back, providing a calm head and an assured pair of hands for his backline. And even during this season of transition, the shot-stopper has been a standout performer for the Italian champions.

A coming of age.

There’s no denying that ​Gonzalo Higuain never really fancied his move to Milan back in 2018, and he was determined to show Juve just what they were missing when the pair came head to head at San Siro that season.

And the Argentine’s moment arrived when ​I Rossoneri were awarded a penalty, and he took the responsibility to ​level the scores. But what he did not account for however, was a certain Szczesny performing some serious mind-reading skills.

The ex-Roma man pointed to his right, indicating where he was going to dive, and sure enough, he threw himself down towards the corner and tipped Higuain’s spot-kick onto the post. A simply sublime stop.

It ended up being the final straw for the unfortunate forward, who then lost his marbles and received a red card, making a bit of a clown of himself in the process. Ok, so Szczesny did earn his first professional league title in the 2017/18 season, but there was still the overriding feeling that he was playing second fiddle to Buffon, making only 17 league appearances over the campaign.

But the 2018/19 season saw the Polish star make the number one jersey his own, and he was crowned the undisputed first-choice goalkeeper. Finally, his time had come.

Szczesny grabbed the opportunity with both hands, helping the Old Lady to lift another Serie A title, and the first which the shot-stopper could truly say he’d earned as the club’s number one between the sticks.