On any other weekend, Ryan Bertrand’s spectacular sh*thousery for ​Southampton away at ​Arsenal, taking a quick free-kick while no-one was looking and the ball was in motion to set up ​Danny Ings for the opening goal, has this one nailed down.

This, however, is the weekend of Jose Mourinho’s return to the Premier League, so naturally the Special One’s™ ​Tottenham side gave us something to top it.

It came from ​Dele Alli, who, while helpless on his backside down the left touchline, somehow kept the ball in play with a

​David de Gea seems to have long-since lost his status as the best keeper in England, but every now and then he pops up with a reflex stop that reminds us just why he is as highly-regarded as he is at ​Manchester United.

And he had to be at his very best in order to prevent what was ultimately a near-embarrassment at ​Sheffield United from becoming a categorical humiliation.

The Red Devils were by far and away second best in the first half, succumbing after 20 minutes to a messy John Fleck finish, but it would have been two if not for a fine double stop from the Spaniard – first springing to his right to push away a John Lundstram strike, before reacting rapidly to claw away a header from David McGoldrick.

But Ole Gunnar Solskjaer’s side would eventually recover (and then throw away a lead) to draw 3-3, things would get worse before they got better – thanks to a terrific strike from Lys Mousset.

The French striker, a bit-part player at ​Bournemouth as recently as last season, has taken to life in the north like a duck to water since his summer move, and led the visiting defence on a merry dance five minutes into the second half, before unleashing an immaculate low effort from outside the area that was never going anywhere but into the net on De Gea’s left.

He’s now scored or assisted seven of the Blades’ 17 goals in all competitions despite featuring in just over a third of their minutes so far. 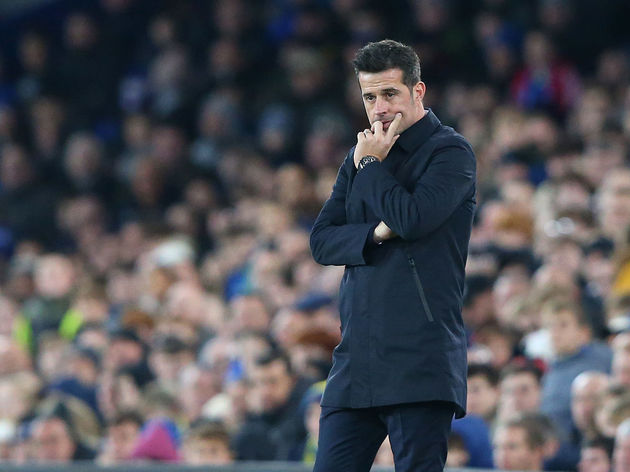 All is not well at Goodison Park, where ‘impatient’ desperately understates the feeling towards manager Marco Silva and the latest crop of players.

The Toffees looked to have turned a corner after following up a draw with Tottenham with an away victory at Southampton, but they plunged straight back into crisis mode when they were out-played and out-gunned by bottom-of-the-league ​Norwich on their own patch.

Todd Cantwell’s opener ten minutes into the second half didn’t exactly please the home support, and the ill-content simmered on the surface until Dennis Srbeny struck in stoppage time to put the game to bed. All hell then broke loose, signalled by perhaps the most resounding, emphatic and guttural ‘BOOOOOOO’ noise that has ever been heard in the history of football.

A special mention goes to Arsenal fans at the Emirates Stadium, whose own boos were preceded by general annoyance that their side found a 96th minute equaliser. After ​Wilfried Zaha had struck late to cancel out ​Sadio Mane’s opening goal at Selhurst Park, it looked once again as if ​Crystal Palace had cost ​Liverpool some ground in the title race.

And then you remembered it’s modern Liverpool we’re talking about. Within two minutes, they were back ahead, thanks to a spectacularly scrappy winner from ​Roberto Firmino.

Good goals to win games are one thing, but when the ball comes in from a corner and ricochets twice between attacker and defender, before a botched clearance opens it up for a simple finish – all within the space of 3 seconds – it really is special.

With Liverpool winning earlier in the day, the visit of ​Chelsea to the Etihad proved a pretty big test of ​Manchester City’s mettle. After falling to defeat at Anfield last time out, they simply had to win to keep the Reds in sight, while a defeat would have put Chelsea four points clear of them and given them another problem altogether.

And while they did eventually get the win they desperately craved, thanks to strikes from ​Kevin de Bruyne and ​Riyad Mahrez, it wasn’t without its wobbles.

They were trailing by 20 minutes, when Mateo Kovacic – a revelation since arriving permanently from Real Madrid in the summer – chipped an exquisite ball over the top into the path of ​N’Golo Kante, who squeezed an effort past Ederson for his third goal of the season. 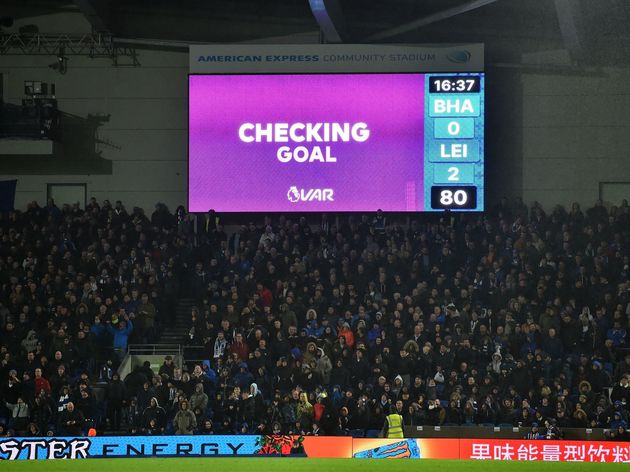 It’s probably fair to say VAR has taken a bit too much stick this season, assuming the role of scapegoat for under-performing clubs up and down the country, but every now and then the technology creates a situation you just have to laugh at.

There was nothing incorrect or unfair about the conclusion to Leicester’s victory over Brighton, but it was just a glorious mess. It all started with a lengthy delay on the award of a penalty for a clear foul on Demarai Gray, before ​Jamie Vardy missed the resulting penalty, and James Maddison arrived to head in the rebound.

That was enough of a mess in itself, but as Maddison celebrated unwittingly in the corner, there was a further twist. The technology reared its head once again for encroachment in the box, leading to a further delay, before a re-take, which Vardy scored.

All for a second goal which, in the grand scheme of things, did nothing for anyone.