A pain that I will never understand is the pain of unfulfilled potential. ​So many of my teachers will be pleased to hear that their predictions of my mediocrity have been satisfyingly met.

For footballers that suffer career-defining injuries, it’s the cruellest fate that could happen to a professional.

It takes such sacrifice to reach that elite level of football, hundreds and thousands of hours given to learn your trade while fighting off plenty of competition to win your place.

The extinguishing of hope when a player’s body simply gives up must be heartbreaking. Your career and livelihood l Hands up who had the greatest career curtailed by injury? Yes, that’s right, it’s you Marco.

Three-time Ballon D’or winner Marco van Basten played his last football match aged 28, which is an even more surprising tidbit than the Dutchman’s nickname – The Swan.

Thankfully, in his 12-year playing career, Van Basten packed in a ridiculous amount of success. A serial winner for club and country, he won six league titles, two European Cups and a European Championship in 1988. That’s a medal haul that could be shared between a normal squad of 25.

Van Basten’s ankles first became problematic in 1987 – his first season at ​Milan. The Dutchman was restricted to 11 appearances for the Rossoneri and it began a tumultuous relationship between himself and his anatomy.

However, that time to heal was well received and Van Basten went on an absolute tear. He put his recovery time to good use by winning the 1988 Euros and scoring one of the greatest goals ever against the Soviet Union in the final.

By 28, after a season on the sidelines, Van Basten couldn’t do it anymore – the Swan’s troublesome ankles had returned.

What might have been otherwise? World Cup winner? Five-time Champions League winner? The first man to win a trophy on the moon? Probably.

Dean Ashton’s 2005/06 campaign will live long in the memories of Hammers fans, whose tortured fandom means that Deano’s exploits nearly 15 years ago are some of their most treasured memories.

To be fair to Ashton, his career trajectory following that season was only pointing one way (hint: it wasn’t down). Joining ​​West Ham from ​Norwich in the January transfer window, the Hammers’ new number nine settled in immediately.

Premier League defenders found it difficult to deal with Ashton’s pace and power as he helped himself to six strikes in sixteen appearances. His play meant that after a few months at Upton Park, bigger Premier League clubs started sniffing around.

There were even calls for Ashton to make a late claim for the 2006 World Cup squad, but old Deano didn’t make the 23. However, Ashton didn’t have to wait long for England to call as he joined a training squad later that year. 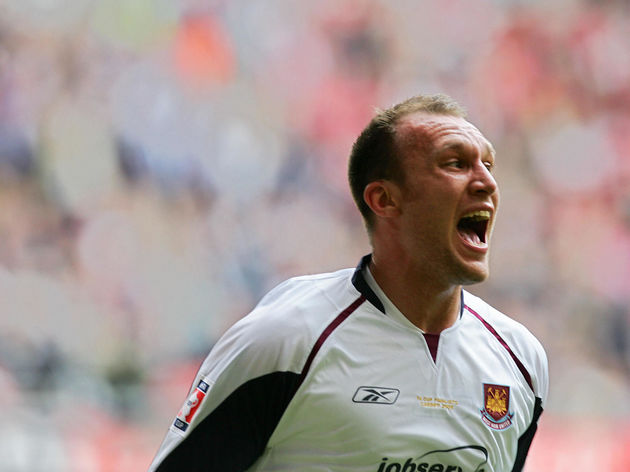 In a cruel turn of events that wouldn’t seem out of place in a Hollywood movie, Ashton suffered his most serious injury during England training.

Ashton would bounce back 12 months later with form that again led to England recognition, an England cap and plenty of Hammers’ fans swearing ‘these streets won’t forget’ Deano’s 2007/08 season.

However, Ashton’s body couldn’t recover to its former glory, perpetually injured with ankle issues and cruelly, at 26, Deano had to call it a day.

“King would get the ball off you without you even noticing… he’s the only defender in England who doesn’t hold onto you, and he sometimes still gets the ball off my feet easily.”

​If Thierry Henry rates you, then you’ve got to be pretty good.

Simply put, Ledley King was the greatest defender that England never really had. 21 caps could easily have been 100, King was that good.

Under George Graham’s management, King started his career in midfield. Graham was blown away by how athletic King was and felt that he wouldn’t be out of place in a position that wasn’t his. Graham was right.

In his debut season, King scored the ​Premier League’s fastest goal in 2000, a record that lasted 18 years. Just five seasons later, King would be starting as part of England’s ‘golden generation’ at the 2004 Euros. 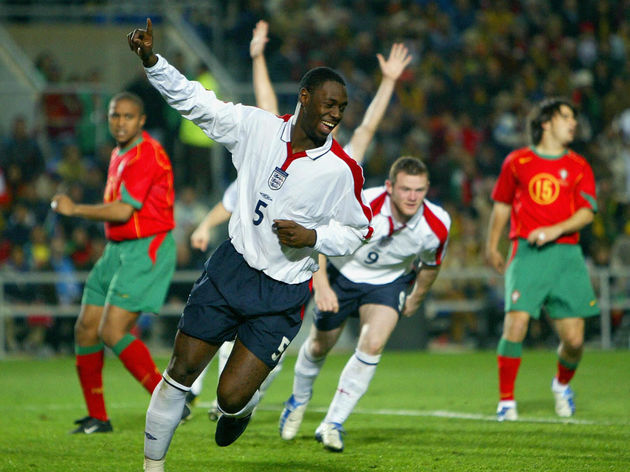 Playing football at a different frequency, King had been touted for England from the early days. Ledley was sometimes considered a prospect level with John Terry – a teammate at the vaunted youth team Senrab.

However, rather than one bad tackle changing everything, chronic knee issues would derail King’s progression. So debilitating was King’s pain that towards the end of his career, the Spurs’ man couldn’t train.

However, on Saturdays, King would return to the starting line-up and boss Premier League strikers around. Not bad for a man with one knee.

​Arsenal went to the Stadium of Light needing a win to keep their challenge for fourth-place alive in 2006. In the final minutes of a comprehensive 3-0 win, Smith overhits a pass that Diaby mops ups and passes on.

Frustrated for giving the ball away, Smith dives in late, breaking Diaby’s ankle and rupture his ligaments. Arséne Wenger never forgave the Sunderland man, claiming Diaby had been a

Diaby suffered 21 injuries during his eleven years at Arsenal and Marseille, never managing to break the shackles of his ailing frame.

He would occasionally flash the potential that had seen him win a place at France’s elite footballing academy, Clairefontaine.

Diaby’s performance at Anfield in 2012 will always be the headline of what might have been for Abou.

The Frenchman bossed the game, outplaying Steven Gerrard as Arsenal went to ​Liverpool and comfortably won the game 2-0. Diaby cruelly tempted Arsenal fans, with a performance that looked like the Gunners’ next world-class player.

Accurately summing up his Arsenal career, Diaby would go onto to make ten other league appearances in a season that promised so much more.

However, his returns from injury would perpetually be referred to as ‘like a new signing’, but unfortunately, he would always end back in the treatment room.

Given his stint at Stoke, the hours of embarrassing content that Owen produced in the 1990s that’s readily available on YouTube and his online persona, you’d be forgiven for thinking of Owen as something of a comedy figure.

However, when the 18-year-old Michael Owen scored his wonder goal against Argentina at World Cup 98, these thoughts were far from everyone’s mind. Dreams of Maradona were in every Englishman’s heart – were we watching the next footballing superstar?

Fast forward three years on and after winning a treble (not the treble) with Liverpool, Owen wins the Ballon d’Or. These are lofty times for Michael in 2001, there’s the genuine belief that Owen can fire England to glory.

Tracing the route of Owen’s injury concerns, it all began when he was 19 and he tore his hamstring. It was so harsh that the muscle group that gave Owen’s unique and vital acceleration was already troubling him so early in his professional career. 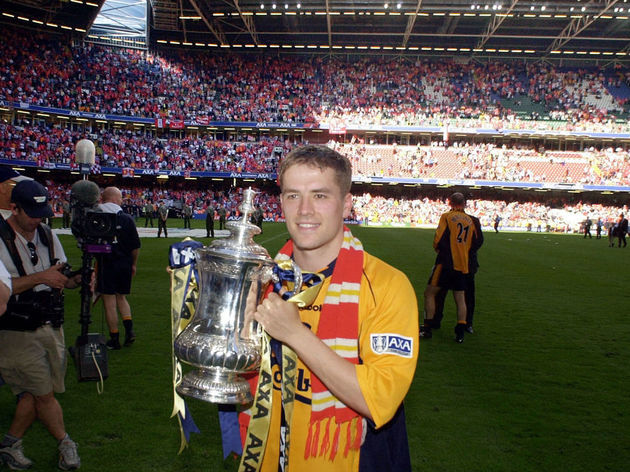 It’s the cruel thing about debilitating injuries – they allow you to play and reach your highest level occasionally. Owen was able to reach his 1998 level for example in 2001, but the Englishman was forever thinking about doing more damage.

​Whenever Owen Hargreaves pulled on an England shirt, he always performed.

The midfielder’s work at the 2004 Euros and 2006 World Cup made him a contender for England’s best player. It was surprising to see Hargreaves perform on such an elite stage – but the thing about him was that he’d only played on an elite stage.

Starting your career at ​Bayern means you’re introduced to pressure, constant criticism and hundreds of eyes watching you. At Germany’s top club, standards are high, and if they’re not met, there’s a simple solution. You’re out.

The midfielder was forged in the fires of Die Roten so when he arrived in England, Hargreaves had already won four Bundesliga titles and a Champions League.

Cruelly or perhaps luckily depending on your perspective, Hargreaves only season where he could contribute was ​United’s 2007/08 season. Wayne Rooney, Cristiano Ronaldo and Carlos Tevez lead the line in an absolutely stacked team. A league and Champions League double summed up a sparkling season for the club. Hargreaves even stamped his authority on the season by scoring a brilliant free-kick that ended ​Arsenal’s brief title challenge. However, in three more seasons at Old Trafford, the midfielder would go on to make only four more appearances for the club.

A litany of problems would curse the next four years of Hargreaves’ professional life as he complained that even walking downstairs became problematic. It was such a cruel ending for a player that looked set to enter the peak of his playing power.

Hargreaves drifted out of national consciousness (do you even remember his spell at Manchester City?) to end an excellent career. At least we’ll always have the ​training videos.