​Following Tottenham’s FA Cup penalty shoot-out defeat to Norwich, Eric Dier reacted to abuse directed at himself and his brother by taking things into his own hands.

The Spurs defender – who had successfully converted his spot kick – leapt over the advertising hoardings and clambered over seat after seat (which was a pretty impressive feat in itself given Dier had just played 120 minutes of football, and his sheer athleticism is not getting the credit it deserves) to ​confront the supporter.

Players can have a turbulent relationship with their own fans and opposition supporters, and altercations are not uncommon. Who was Dier inspired by before he embarked on his assent up the Tottenham Hotspur Stadium stand?

❌ …which resulted in a 9-month ban from football…

 …and 120 hours of community service.

Manchester United faced Crystal Palace in January 1995, and King Eric did not take too kindly to Palace fan Matthew Simmons running down to the front of the stand and shouting: “f*** off back to France you French motherf*****” – a phrase which incidentally was one of the rejected slogans for the Vote Leave campaign.

In response, Cantona iconically kung fu kicked Simmons, and landed himself a nine month ban, 120 hours of community service and a £20,000 fine.

After being insulted by Marseille fans while warming up before the Ligue 1 outfit’s Europa League clash with Vitoria, Evra reacted by kicking out at a supporter.

Evra’s was less spectacular than Cantona’s – it was more of a sweetly struck volley than a kung-fu kick – but he was still fined £10,000, banned for seven matches and had his Marseille contract terminated.

The punishment didn’t end there for Evra, as three months later he signed a short term deal at West Ham. 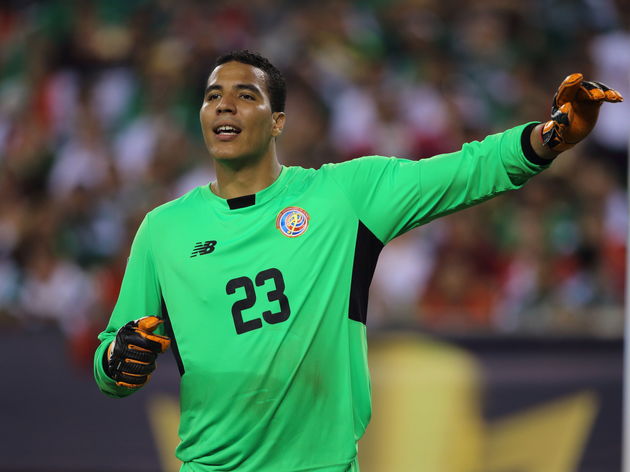 AZ Alkmaar goalkeeper Esteban Alvarado was minding his own business in between the sticks during a Dutch Cup fixture against ​Ajax, when a pitch-invading fan charged in his direction.

The fan swung at Alvarado with his leg, and the AZ keeper ​gave as good as he’d got back. The supporter fell to the floor, and Alvarado kicked him a couple of times while he was down, just for good measure.

He was sent off, but later had his red card was rescinded, while the supporter who had attempted to attack him was jailed for six months.

This was slightly different, because the fan invaded the pitch, but there was no punishment for Craig Bellamy when he slapped a restrained fan in the face. Worth noting Bellamy went over to the fan after he had been tackled to the floor by stewards through. pic.twitter.com/IJcSS6D5Fq

Michael Owen’s last gasp goal famously won the thrilling 2009 Manchester derby for United, as the former England man popped up in the 96th minute to secure a 4-3 victory.

One United supporter, Jake Clarke, charged onto the pitch in celebration. He was quickly rugby tackled and restrained by the stewards, but that didn’t stop City’s Craig Bellamy sauntering over to ​give Clarke a quick slap around the face.

Bellamy faced no action, while the supporter was banned for three years. 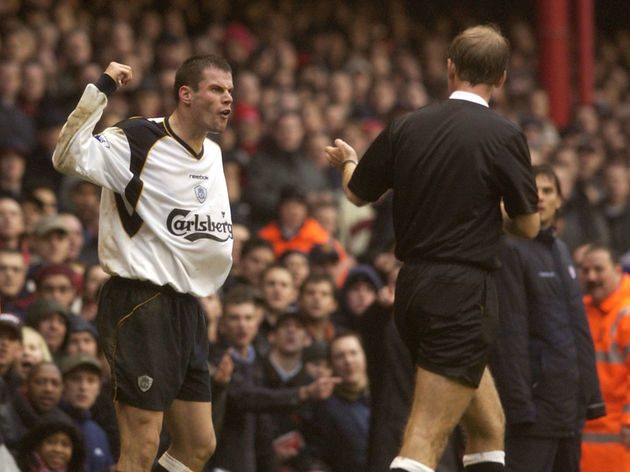 ​Arsenal versus Liverpool in the fourth round of the 2001/02 FA Cup was a feisty encounter. Dennis Bergkamp saw red after a hefty challenge on Jamie Carragher, resulting in one angry Arsenal fan throwing a £1 coin at the Liverpool defender.

Incensed, Carragher threw the coin back towards the Arsenal fans, and received a £40,000 fine and a three match ban. He later apologised for the incident.

All kicking off in Lyon – a fan walked onto the pitch with a donkey banner with the writing “Marcelo leave the club” on it immediately after OL drew with Leipzig this evening & qualified for the UCL Round of 16. Captain Memphis Depay then went after the supporter. pic.twitter.com/g84NE2TS4M

Lyon drew 2-2 with RB Leipzig to book their place in the Champions League last 16, but this didn’t stop Lyon fans unfurling a banner at full time, branding defender Marcelo a donkey (complete with a donkey illustration) and telling him to “get lost”.

Memphis ​Depay sprinted the length of the pitch to attempt to snatch the banner away from the fan, and his teammates soon joined to back him up.