Ole Gunnar Solskjaer’s interim stint at Manchester United is going better than the Norwegian could have possibly imagined it would. Kicking off the list is none other than Tim Sherwood, a man who was only able to last 28 games at both of the Premier League clubs he had managed – ​Tottenham and ​Aston Villa.

It was at Spurs where he enjoyed a decent start, but everything soon unravelled and his managerial reputation is now in tatters. Mike Walker only lasted two years at ​Norwich City, but he oversaw the most successful period in the club’s history.

His good start in 1992 continued and he guided the Canaries to a third place finish in the top flight – the highest in the club’s history. He later left the club after a falling out with chairman Robert Chase. ​This may be the first and only time anyone can ever compare the managerial talents of Tim Sherwood and Pep Guardiola.

Whilst he didn’t win any silverware during his first season at ​Manchester City, Guardiola won the League Cup and Premier League in his second. The man who Solskjaer replaced at ​Manchester United, Jose Mourinho is on this list after his stellar first stint with ​Chelsea in 2004.

Mourinho went on to win back-to-back Premier League titles in his first two years in England, proving that he may have once been the ‘special one’. One of the most forgettable managerial appointments at Chelsea, Scolari arrived at Stamford Bridge with a huge reputation in 2007, but ultimately failed to deliver.

He started well, but was out of the door after just 36 matches in charge – falling foul of the prolific Roman Abramovich axe wielding. 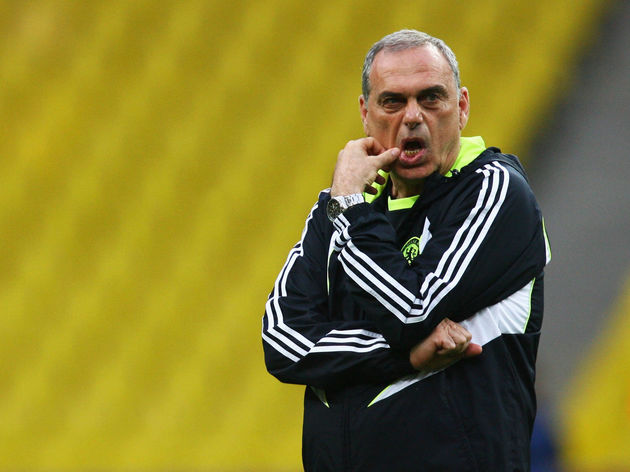 Yet another manager who failed to make an impression at Chelsea, Avram Grant was appointed as Jose Mourinho’s successor in 2007.

Despite his decent start, the Israeli was never able to win over the Chelsea faithful and was fired after just one season. Chelsea supporters were initially dazzled by ‘Sarri-ball’ at the start of the season.

Now it appears that the chain-smoking Italian is on borrowed time, with the Carabao Cup final incident involving Kepa Arrizabalaga indicating that he may have already lost control of the dressing room. What could have been for Aston Villa and John Gregory. Under Gregory, Villa were top of the league midway through 1998/99 season, but they soon experienced a dip in form and ended up finishing sixth. Frank Clark began his tenure with ​Nottingham Forest in 1993, overseeing promotion to the top flight.

Forest’s return to the top flight started brilliantly, with many tipping them to be potential title contenders, but they had settle for an impressive third place instead. Back to looking at former Chelsea managers, this time Carlo Ancelotti. The veteran Italian started strongly and maintained his good start, winning the Premier League and FA Cup in his debut season in 2009/10.

He couldn’t repeat that success in his second season and was sent packing in 2011 by you guessed it, Mr Abramovich. And so we arrive at Solskjaer who, for all intents and purposes, could have done little more to land the job on a permanent basis.

Manchester United are unbeaten in the league since his arrival and are on course for a top four finish, so there is no doubting the positive impact he’s had since replacing Jose Mourinho.