Next up in ​Liverpool’s sights are the ​Arsenal side of 1997/98, who racked up 78 points en route to their first title.

The Gunners were not fantastic for the first half of the season and found themselves 12 points behind ​Manchester United in February, but a run of ten consecutive victories was enough to see them secure the title with two games to spare.

It was Arsène Wenger’s first full season as manager, and it was certainly a memorable one. 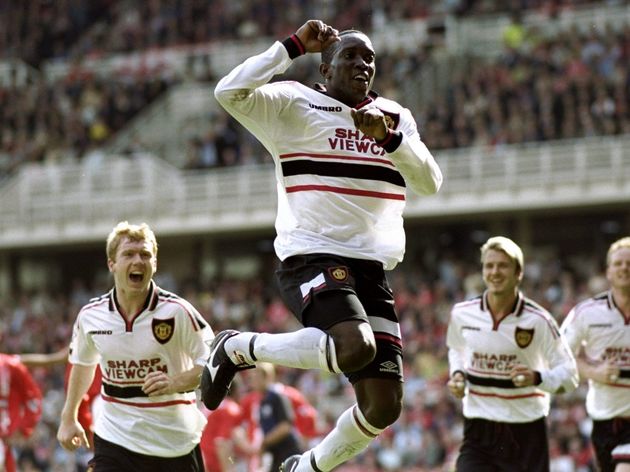 Arsenal also picked up 78 points in the 1998/​99 campaign, but unfortunately for them, United managed 79 to wrestle the trophy back to Old Trafford.

Their tally of 22 wins was not exactly dominant, but it got the job done. The likes of Dwight Yorke, Andy Cole and current boss Ole Gunnar Solskjaer were full of goals and managed to guide United over the line.

Sir Alex Ferguson’s side also won the FA Cup and the ​Champions League that year, so Liverpool have plenty of work to do if they are to completely eclipse this team. United’s total of 80 points in the 2000/01 season was enough for them to waltz to the league title, ten points clear of Arsenal in second.

It was their third consecutive title victory, with the likes of Teddy Sheringham and Fabien Barthez playing huge roles for the side. They led the league for almost the entire season and rarely looked under threat.

They probably should have won more, but it became clear that the team had almost given up in their last three games after their success had already been confirmed. The Red Devils matched their tally of 80 points ten years later, comfortably lifting the trophy with a nine-point lead over ​Chelsea.

Away from home, Ferguson’s side were far from convincing, but they were utterly dominant at Old Trafford. United won 18 of their home games, with a 2-2 draw with ​West Brom the only blot on their otherwise perfect record.

They were close to becoming the only side in league history to win all of their home games – a record which Liverpool are currently on track to capture.​ ​Leicester City’s triumph in the 2015/16 season seems almost like a blur. The Foxes stunned the world by amassing 81 points, which was ten more than any other side.

Claudio Ranieri’s side lost just three games all year, but their 12 draws stopped their points tally from climbing any higher.

The amount of players who dominated the league that year is unreal. Jamie Vardy, Riyad Mahrez, Danny Drinkwater and N’Golo Kanté are just a few. The list goes on. That year was the first in which any English side had managed to win the league and the FA Cup, and was made all the more special by the fact that the team was made up of a number of talented youngsters, like David Beckham, Paul Scholes and Gary and Phil Neville.

Frenchman Eric Cantona, who returned from his eight-month ban for kicking a fan in October, went on to fire 14 goals and lift the FWA Player of the Year award.​ Having finished third in the 2001/02 season, United needed to bounce back in emphatic fashion, and that’s exactly what they did.

The Red Devils were nine points behind Arsenal in March, but they simply could not be stopped as they ultimately leapt ahead of the Gunners and finished with a five-point cushion.

They had the 25 goals of Dutchman Ruud van Nistelrooy, alongside the record-breaking signing of Rio Ferdinand, to thank for that. 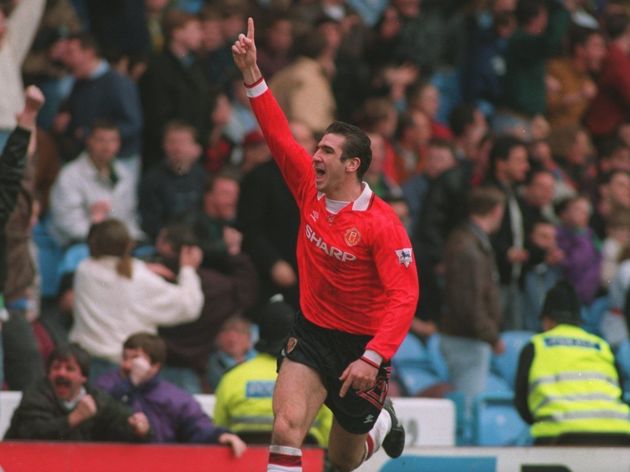 United have several other league title victories, but the final one which is under immediate threat is their 1992/93 triumph, which saw them pick up 84 points.

However, it must be noted that the Red Devils did need 42 games to rack up that tally. After 38 games, they would have only had 72 points, which Liverpool blew past a few weeks ago.

Nevertheless, it’s in the record books, so it’s one more tally which Liverpool will have to get by.​ Chelsea’s first entry on this list comes from the 2009/10 campaign, in which they managed 27 wins and 86 points.

The Blues broke several scoring records that season, including most goals scored (103), best goal difference (+71) and most goals at home (68), as Carlo Ancelotti’s side finished just one point clear of United in second.

Didier Drogba fired home 29 of the Blues’ goals that year, ​while the likes of The next team to finish on 86 points was ​Manchester City, who managed that total in the 2013/14 season.

Like Chelsea, the Citizens also won 27 of their games that year, but they only managed 102 goals. Tame.​

Surpassing this total will mean a lot to Liverpool. The Reds were supposed to win the title this year, only for implosions against Chelsea and ​Crystal Palace to leave them two points behind when all was said and done.