The Gunners boss will this week commit to a new contract at the Emirates Stadium, which is expected to see him end his career as a manager with the north London club

Wenger, who turns 65 in October, is poised to put pen to paper on what is expected to be his final contract before he retires.

Arsenal will present the £7.5million-a-year agreement as a three-year deal to bring an end to the uncertainty that has engulfed the club in recent months.

Wenger, who will be handed the biggest transfer kitty in Arsenal’s history this summer, has decided to stay after meeting the targets he had set himself of winning the FA Cup and securing a top-four Premier League finish. 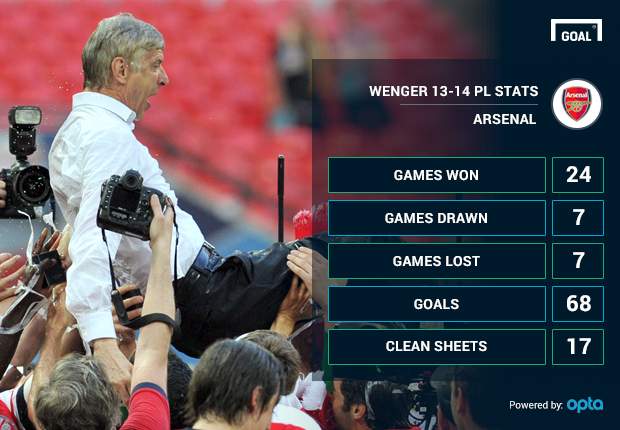 He had wavered during a series of marquee-match setbacks as Arsenal’s league challenge faltered but a strong finished to the campaign has convinced him to stay on and have another crack at winning the Premier League and the Champions League.

The Gunners’ longest-serving manager had retained the backing of senior club figures, led by American owner Stan Kroenke, throughout some difficult times during the last 18 months.

Wenger agreed a two-year contract extension with the club as far back as last October but the club have decided to add another 12 months to the new deal to prevent another contract furore in 2016.

Chief executive Ivan Gazidis said in January that the hierarchy were “comfortable and relaxed” about the fact the manager’s deal was due to expire in the summer. “Arsene will be extending with us. And at the right time we will make that announcement,” said Gazidis.

There have been a series of occasions in the last six months when there has been a signal from within the club that Wenger was about to formally sign the new contract that remained on the table.

But each time the manager made a U-turn and put his future beyond this season on hold.

Those closest to Wenger had remained in the dark about the manager’s intentions following a series of catastrophic performances which had left Arsenal’s attempts to qualify for the Champions League in major jeopardy.

However, Wenger has been satisfied by the team’s finish to a topsy-turvy campaign in which Arsenal led the league for longer than any other club and he will commit to a new contract now that his ambitions have been met.