Unai Emery ​has insisted that his Arsenal players are still behind him despite a dreadful run of form that has seen them win just six of their last 19 matches in all competitions. He also refused to be drawn into speculation he could be sacked as head coach – only saying that his future is ‘today and tomorrow’.

The Spaniard is under intense scrutiny from large sections of the fanbase after a string of dreadful results, with some home supporters even calling for his sacking

“Yes of course [I have their backing]. They show that,” he said, as quoted by ​Football London.

“I am looking forward to playing tomorrow. The good moment, the bad moment the most important for me is to show my work.

Asked about his future and other managers being chased:

“My future is today and tomorrow.”

Numerous on-field issues have arisen regarding his heavily criticised tactics and Arsenal’s defensive frailties, but aside from that, Emery has had to deal with the ongoing Granit Xhaka situation. The club captain was stripped of his role for responding angrily to boos from the Gunners’ supporters, with his future also up for debate in recent weeks. 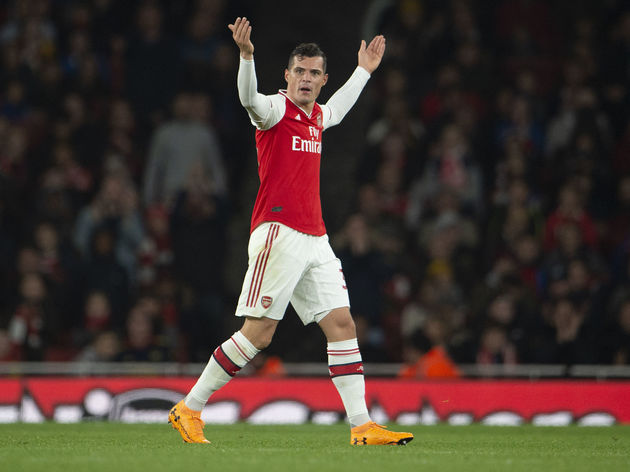 Having not played since the incident against Crystal Palace, Emery revealed the Swiss is in line to feature against Frankfurt, however, opening the door for a possible return to first-team action.

He’s in the group and he has the possibility to play. I hope every supporter supports him. Xhaka’s comeback is going to be important for us.”

To add to Emery’s misery, the University Campus of Football Business have cancelled a scheduled event with the Spaniard