Emile Smith Rowe scored for the third Premier League game in a row as in-form Arsenal marked Mikel Arteta’s 100th game in charge with a 1-0 win over Watford at the Emirates.

The Gunners, now unbeaten in 10 games across all competitions, had been by far the better team in the first half without reward. Bukayo Saka had an early strike overturned by VAR for offside and, after Danny Rose’s blatant foul on Alexandre Lacazette, Pierre-Emerick Aubameyang’s penalty was superbly stopped by the impressive Ben Foster 10 minutes before the break. But Watford have now not kept a clean sheet in the top flight for 21 games and their defence was eventually beaten on 56 minutes when Smith Rowe swept in from 18 yards for his fifth goal of the season – although there was some controversy, with Claudio Ranieri later complaining that Arsenal did not give the ball back after the visitors had kicked it out for Ozan Tufan to receive treatment.

Mikel Arteta said afterwards: “I cannot think of any team that is as honest as us. If anything happened I apologise, but we compete the right way all the time.”

Sub Martin Odegaard should have added a second soon after coming on but Aubameyang capped a personally frustrating afternoon by unnecessarily trying to tap in the Norwegian’s already goal-bound shot from an offside position.

Arsenal’s wastefulness – and Foster’s string of saves – set up a nervy finish for the hosts, with Aaron Ramsdale giving the home supporters a scare when a missed clearance led to Josh King shooting into the side-netting. But Arsenal’s one goal proved to be enough and the win moves them up to fifth in the Premier League, level on points with West Ham who host Liverpool later on Sunday.

Watford, who managed just the one shot on target and had Juraj Kucka sent off in the final minutes for a second bookable offence, remain just two points above the relegation zone.

Arsenal were without Thomas Partey due to a tight groin but his replacement Ainsley Maitland-Niles was at the heart of a fine move in the opening minutes which saw Saka’s strike eventually ruled out by VAR for offside. 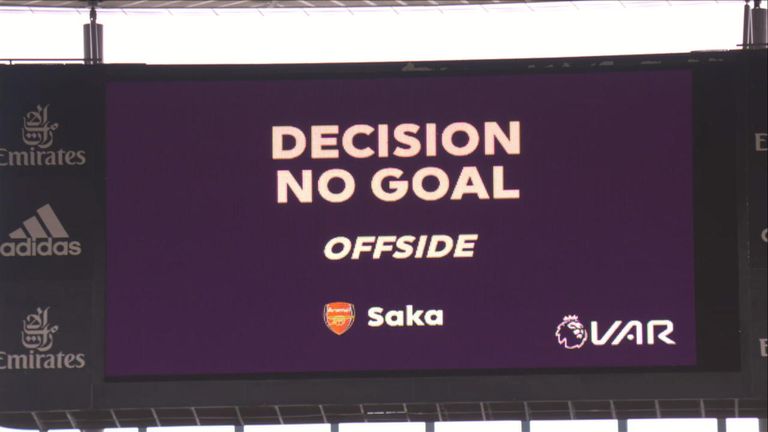 Bukayo Saka’s goal was ruled out by VAR

Maitland-Niles’ disguised pass through to Alexandre Lacazette fooled the Watford defence and although Foster was able to palm away his effort, Aubameyang’s poor touch teed up Saka to stroke in – but the young attacker only had one Watford player between him and the goal when he received the pass and his effort was rightly overturned.

Albert Sambi Lokonga drilled wide from the edge of the box as Arsenal tried to keep the pressure on but his – and Arsenal’s – next effort didn’t come until 29 minutes in, with his volley from distance flying into a wall of yellow shirts. Arsenal were gifted a golden chance to open the scoring from the spot soon after, when Rose clumsily clattered Lacazette in the box, but Aubameyang’s blasted penalty was brilliantly saved by Foster, who raised his left leg and arm to make the block after diving to his right.

Nuno Tavares headed over and Foster saved well from Gabriel either side of Kucka registering Watford’s first attempt five minutes before the break but the hosts were unable to turn their first-half dominance into an advantage – and they were frustrated again by Watford ‘keeper Foster when he saved from Lokonga’s shot at the start of the second half.

Foster was finally beaten 11 minutes into the second half, when Ben White’s dribble was blocked into the path of Smith Rowe, who struck through the legs of a defender from the edge of the box to add to his recent efforts against Aston Villa and Leicester.

There were some Watford complaints, as Rose had kicked the ball out for Tufan to receive treatment and Arsenal didn’t give the ball back, and Ranieri – who appeared angry with Arteta at full-time – described it as “very strange”, although Arteta said his players were “the most honest”. Claudio Ranieri and Mikel Arteta exchanged words after Arsenal’s 1-0 win over Watford after the Gunners scored a controversial winner.

Arsenal should have been out of sight six minutes later, and Odegaard couldn’t hide his frustration when Aubameyang’s needless intervention cost him and Arsenal a second, while Smith Rowe shot over and Foster saved from Lokonga as the home side’s wastefulness set up something of a nervy finish. And there were gasps around the stadium with four minutes to play when Ramsdale rushed out of his goal and missed the ball – but his blushes were spared by King shooting into the side-netting from a tight angle. 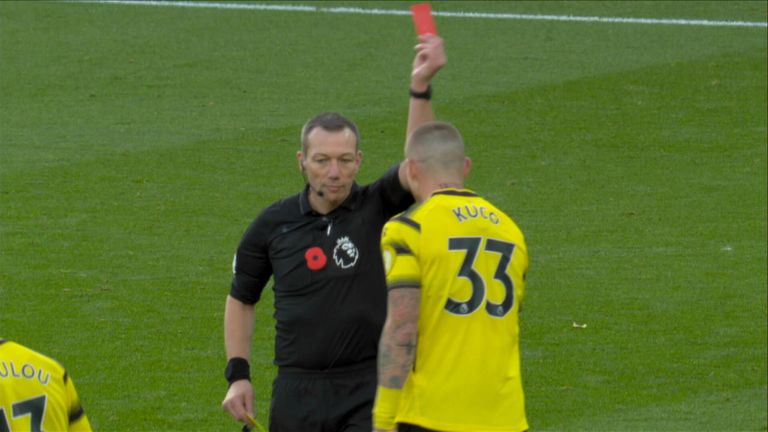 Despite a second yellow for Kucka for bundling into Nuno Tavares, Watford’s 10-men continuted to presser for a late leveller but a tense finale turned into celebrations for the Arsenal fans at full-time. The Gunners go into the international break on a roll. For Watford, meanwhile, there is work to do to get themselves out of trouble. Arsenal boss Mikel Arteta issued an apology to Watford after his side scored and never returned the ball to the Hornets after they kicked it out for them.

Arsenal boss, Mikel Arteta: “I am really happy for the result and the performance in the match. We should have scored many more goals but today was about being consistent in everything we wanted to do in this game.

“I have to defend my players, team and club. We are the most honest. At some stages we can even be naïve. I’m sure there was no intention to take advantage. I focus on the performance and want to talk about what we did. It’s great for any team to win before the international break.

“Hopefully when they’re back we maintain that. Aubameyang will stay on penalties if he’s happy.” 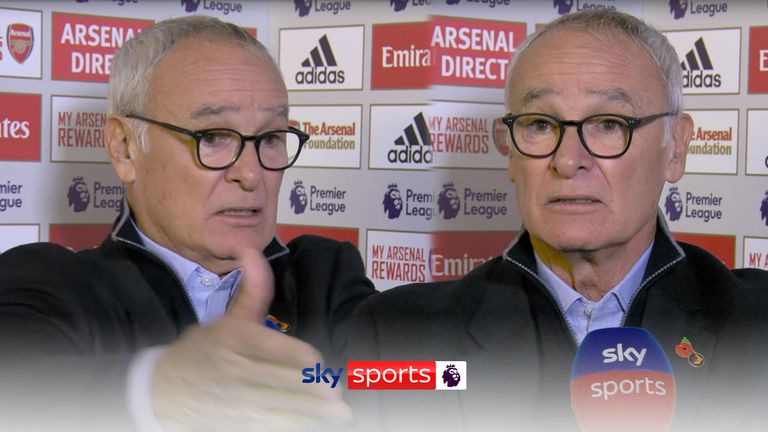 Watford boss Claudio Ranieri was left bewildered after his sides loss to Arsenal, the Italian manager believed Arsenal should have kicked the ball out leading up to the Gunners’ goal.

Watford boss, Claudio Ranieri: “We were playing very well. Everybody expected the Arsenal players to give the ball back to us. We put the ball out because there was an injury to our player. It was very strange. It’s ok, that’s football… I’m very satisfied with our performance. In the first half it was a very tactical match and we tried to close all the situations. Foster saved the penalty very well and we made some mistakes on the counter-attack. The second half, after the goal Arsenal had more space but we had the chance to draw the match.

He also told Sky Sports: “When there is a man on the ground, everybody expected the ball goes back and it didn’t go. There is a respect in that situation. Then we get the ball with Sarr and go on the counter-attack and there is a big foul. It’s unbelievable. Danny Rose, Moussa Sissoko, everybody says, ‘Hey, give back the ball!’ When you put the ball out, you have to give the ball back.”

After the international break, Arsenal are away to Liverpool on Saturday November 20, live on Sky Sports Premier League, for a 5.30pm kick-off. Watford are home to Manchester United at 3pm on the same day.