Jurgen Klopp revealed Arsenal’s attempt to get Sadio Mane booked sparked the game-changing altercation between himself and Mikel Arteta in Liverpool’s emphatic 4-0 win at Anfield.

Gunners boss Arteta discovered to his cost the dangers of rattling Anfield’s cage as a touchline bust-up with Klopp after Mane’s aerial challenge on Arsenal full-back Takehiro Tomiyasu ignited the atmosphere and energised the home side.

Klopp explained his involvement stemmed from a refusal to allow Arsenal’s calls for referee Michael Oliver to show Mane a yellow card to go unchallenged.

“It was a completely clean situation, nothing happened, two players jumped in the air and didn’t touch each other, really, at least not like a foul,” Klopp said.

“The bench of Arsenal went up and I asked: ‘What do you want from that?’. There was no contact really, but it looked like everybody wanted a red card.

“I am really sick of these situations, where everybody tries to go for Sadio in these moments. He is a physical player, obviously, he does make hard fouls.

“We had to take Sadio off against Atletico [Madrid in the Champions League] because they wanted him to get a yellow card.

“The referee did really well in that situation – I deserved a yellow card. It wasn’t not OK and that is what I said. It just happened in the moment.”

It was that incident which saw the match catch fire as Liverpool’s players used the injection of emotion to press home their territorial advantage with goals from Mane, Diogo Jota, Mohamed Salah and substitute Takumi Minamino – with his first touch – sealing an emphatic 4-0 win. 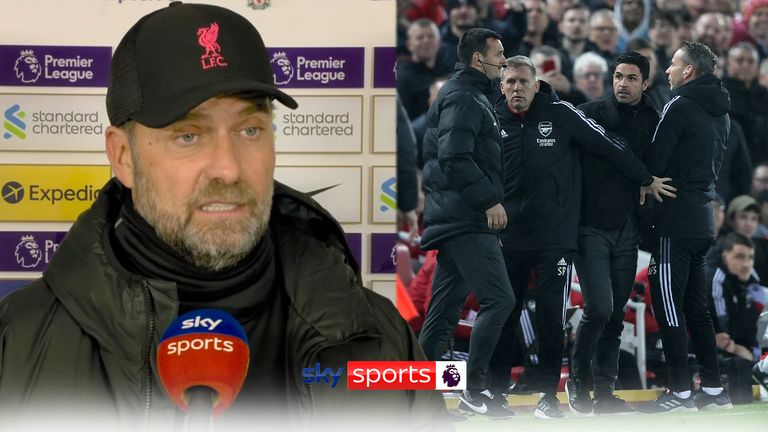 “All the games are opportunities for us. It was an exceptional performance. We grew into the game, we got better and better,” Klopp added, after seeing his Liverpool side move second in the Premier League, four points off leaders Chelsea.

“We controlled the game in a good way and played exciting stuff in the right moments. It was a mixture of a mature and exciting performance.

“In games like this it’s important you keep your opponent as far away from your goal as possible and be decisive in the other areas.

“We grew into the game. It was not always a super game it was just a controlled game. We had to find a way to break them down. They were full of confidence. We found a way back in the game and it was a super performance all over.” 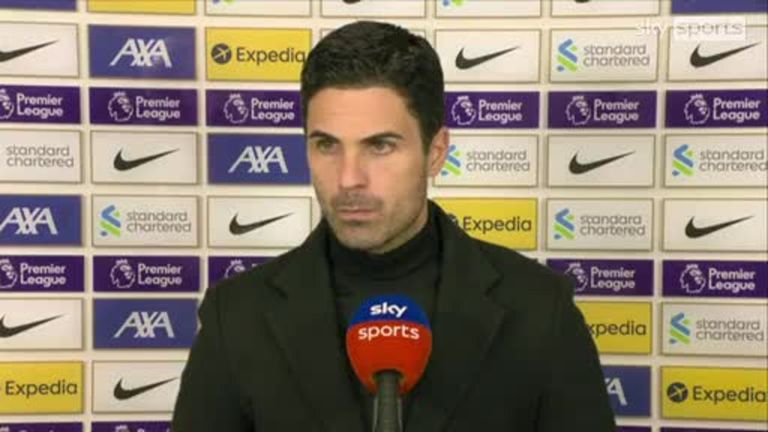 Having seen Arsenal’s eight-game unbeaten run end on Merseyside, Arteta chose not to dwell on the details or impact of his confrontation with Klopp.

“Yes, I did [speak to Jurgen Klopp after the match] and I congratulated him. These moments are left on the pitch.”

Arsenal had arrived at Anfield looking to leapfrog their hosts into the top four with what would have been their first away win at Liverpool since 2012, but were left to come to terms with another sobering defeat.

“I think the first half was very competitive,” Arteta added. “We both had moments and we competed well.

“At 1-0 down we go to half-time, it is the moment we have to be patient, but we were completely the opposite. We completely crashed. That’s why we lose the game – the rest is a consequence of the frustration of having to chase the game.

“We know they will punish you. They can press, they are one of the best at it. Mistakes are a part of football. They have been the best team in Europe because they can dominate in every aspect. They were better than us today.” 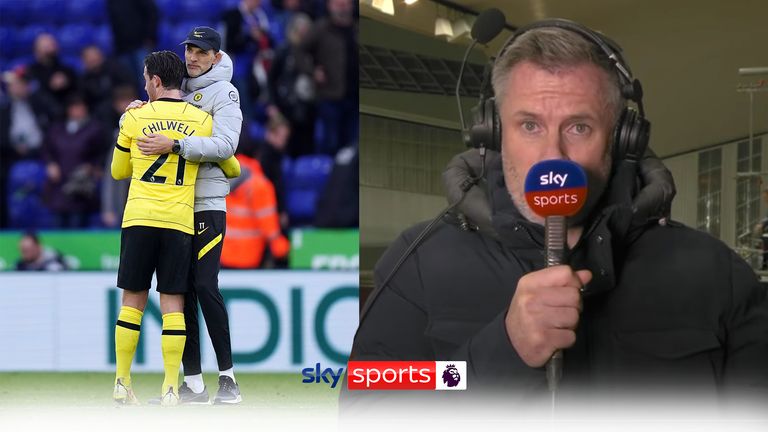 “I think Arteta will look back at that and think it was a mistake. If that was a player on the pitch who did a silly challenge and lifted the crowd or the opposition – we’ve all been there in the dressing room and you come in at half time and the manager is saying: ‘Look at what you’ve done. You’ve lifted this crowd’.

“I think he’ll look back at that and think it’s something he’ll probably regret and won’t get involved in situations like that again, certainly at a place like this where the crowd wasn’t going quiet, but there wasn’t a lot happening for Liverpool.

“It was a different Liverpool second half. I think Jurgen Klopp would have asked for more intensity. I think there was a change in the game, and that was Arteta and Klopp going head to head on the side of the pitch. 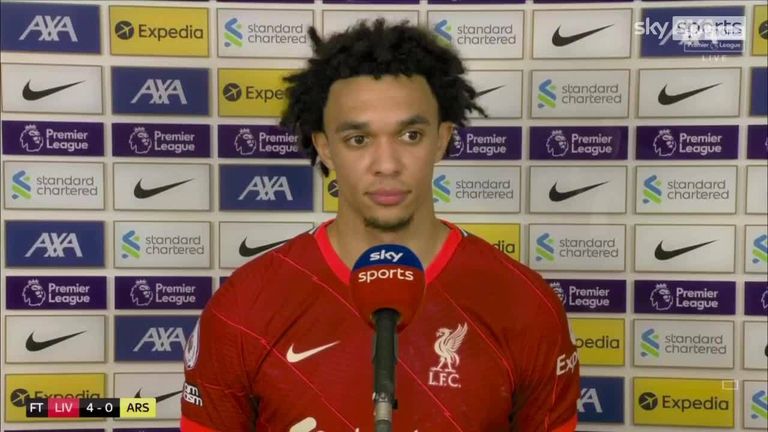 “That seemed to change the crowd and the game. It definitely lifted the whole place, then they got the goal as well. When Liverpool have the bit between their teeth it’s virtually impossible to stop them. I think it’s a really big win for Liverpool, I really do.

“For Liverpool and Man City, they’ve just got to stay with Chelsea, because they look devastating at the moment, but at some point this season they’ll have a sticky period. City and Liverpool can’t allow that gap to get to near double figures, just stay on their coattails.

“Liverpool have been here before, Thomas Tuchel and Chelsea haven’t, so it’s imperative that Liverpool kept Chelsea in sight.”