Manchester City kicked off the third round of the FA Cup on Saturday afternoon but were held by a dogged Blackburn in a 1-1 draw at Ewood Park.

In the 3pm kick-offs there were wins for Everton, Southampton, Hull, Cardiff, Stoke and Crystal Palace, while Fulham were held at Norwich and Aston Villa fell to defeat at home to League One Sheffield United.

The game of the day though, saw Arsenal and Tottenham play out a heated north London derby at the Emirates Stadium. Goals in either half from Santi Cazorla and 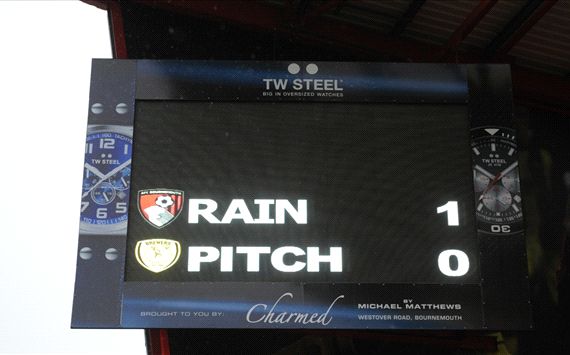 The Elements | Someone at the Goldsands Stadium has a sense of humour as the rain postponed this tie.  (Getty) 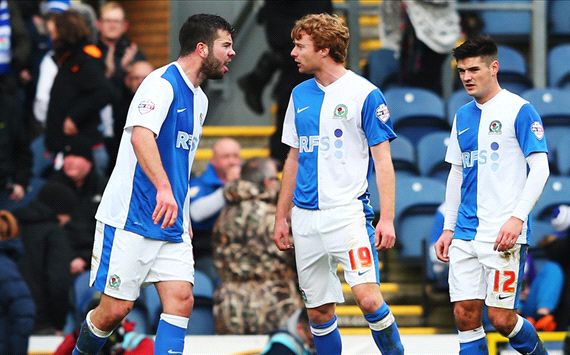 Rattled Rovers | Grant Hanley and Chris Taylor throw hands at half time and 1-0 down.  (Getty) 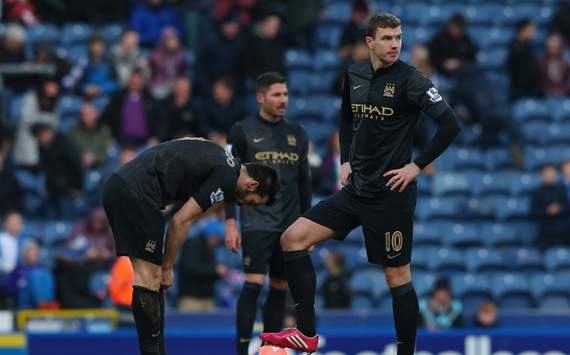 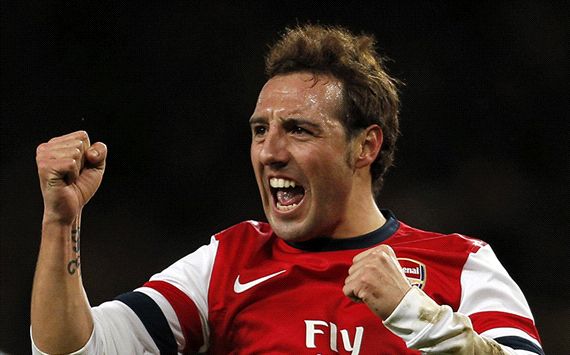 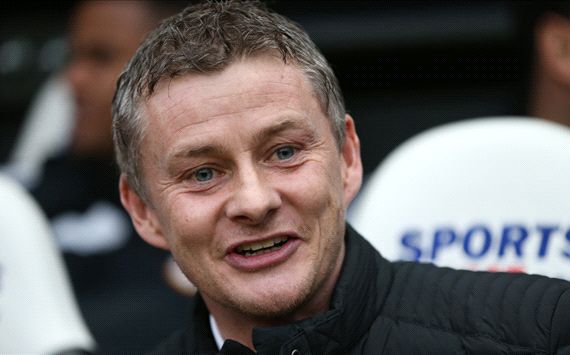 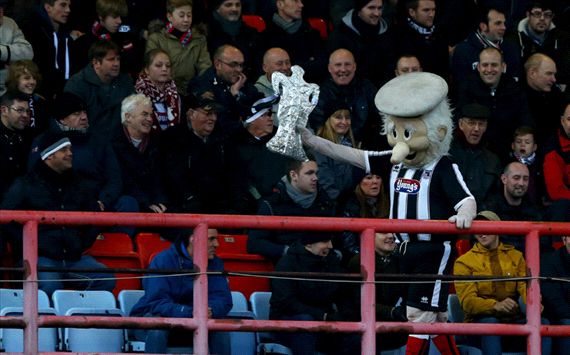 Magic Of The Cup | Grimsby mascot ‘Mighty Mariner’ got the crowd in the mood.  (Getty) 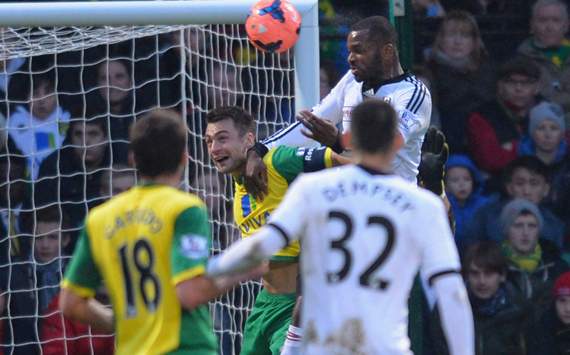 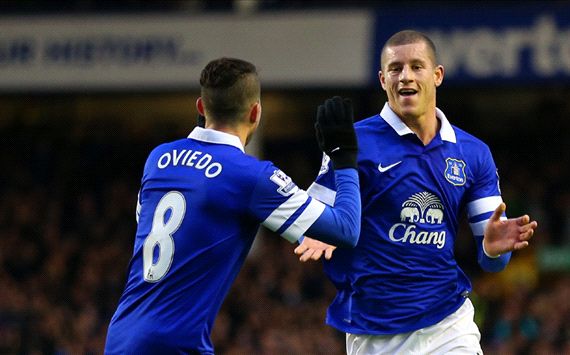 On The Plane | Ross Barkley further enhances his reputation with the opener against QPR.  (Getty) 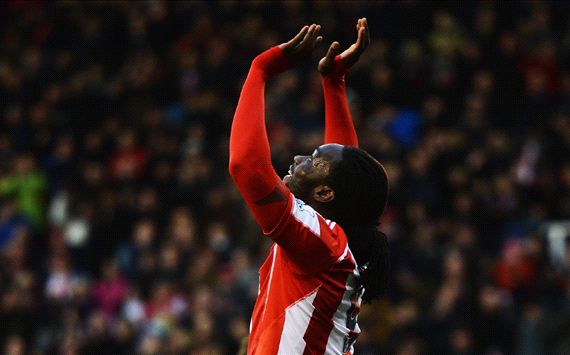 Jonesing | Kenwyne gave Stoke the perfect start as they marched into the fourth round.  (Getty) 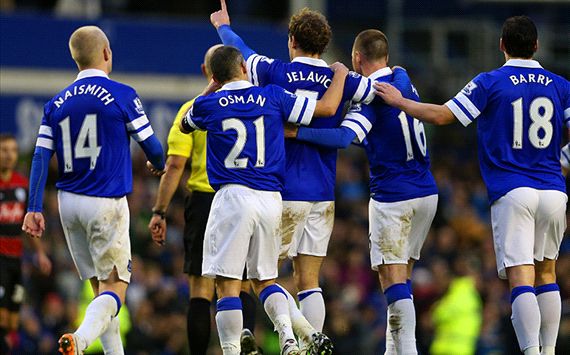 Nik-ed It | Nikica Jelavic made a rare start and scored twice in Everton’s routine 4-0 win over QPR.  (Getty) 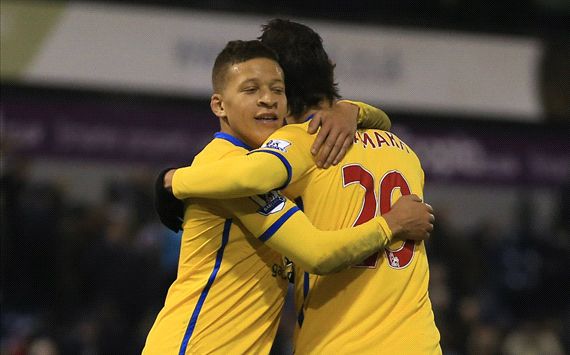 Hug It Out | Crystal Palace defeated WBA thanks to goals from Dwight Gayle and Marouane Chamakh.  (Getty) 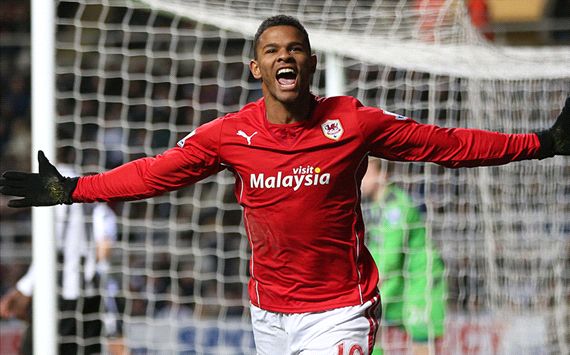 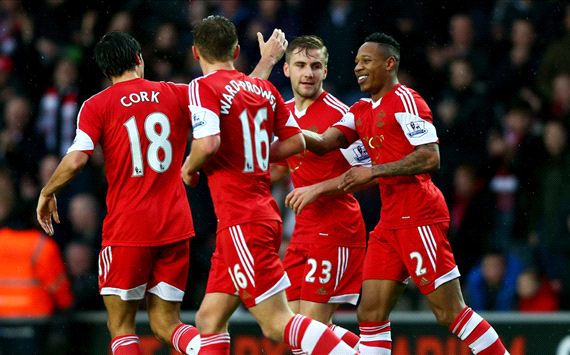 Clyne And Dandy | Nathaniel Clyne set the ball rolling in a thrilling 4-3 win over Burnley.  (Getty) 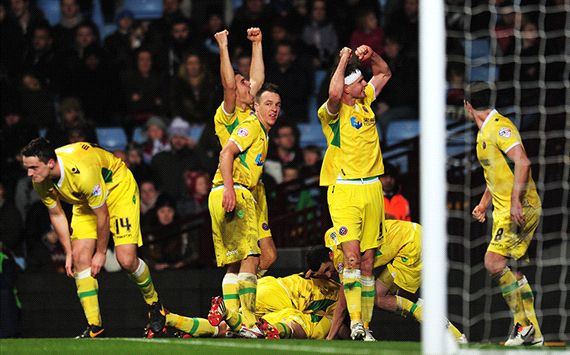 Lamb To The Slaughter | Paul Lambert gets his wish as Aston Villa are dumped out of the cup.  (Getty) 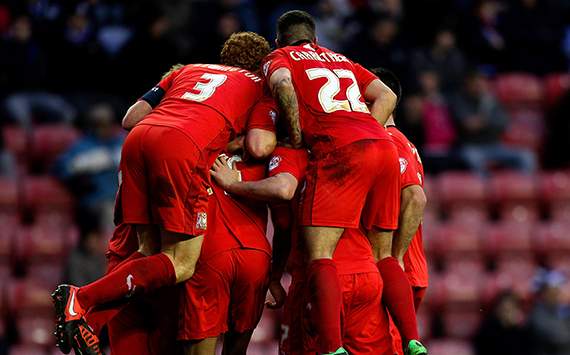 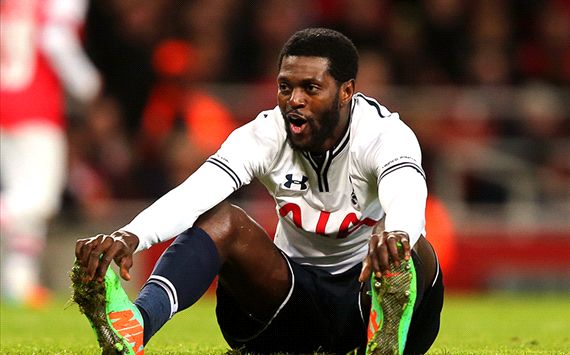 Unhappy Return | Booed throughout, Emmanuel Adebayor could not haunt his former club.  (Getty)