What a few days it’s been.

‘The Special One’ is back. There will be memorable moments, low times, seriously low times, possible trophy-winning moments and undoubtedly a few laughs along the way.

But what about the other side of the coin? What about the man whose five-and-a-half-year spell in north London was brought to an abrupt end? While Pochettino’s time at Spurs yielded no trophies, to claim he didn’t improve that side over the last half-decade (he got them to the Champions League final just six months ago after all) is unjust.

Yes, trophies are – let’s be honest – fairly essential, but the brand of football the Argentine had his side playing at their peak, considering the fact they barely spent a penny until recently, means he has deservedly earned himself a reputation as being a fine manager.

A manager out of work, that is.

So, where could he go? Who could want him? Let’s take a look at seven possible destinations. Yes, this has genuinely been mentioned. No, it won’t happen.

Firstly, the whole ‘I used to manage Tottenham’ thing, which, as we’ve seen with George Graham and Sol Campbell, can and has been done before, but that doesn’t make this any more likely.

Unai Emery is under increasing pressure to conjure up some results quickly or become the second managerial casualty in north London this season, but to see Pochettino take his place would be a shock to say the least.

The fact that Pochettino has openly said he could never manage Arsenal due to his Spurs allegiance should be reason enough. However, ask a Gunners fan whether they’d take the Argentine and you’ll get some interesting answers. Few will bet against Barcelona

emains unpopular with large swathes of the supporters who have not gotten over the defeats to Roma and Liverpool in the last two Champions League seasons.

There is also a general feeling that Valverde’s side have become overly reliant on Lionel Messi.

Should Valverde go (more likely at the end of the season), then Pochettino’s name will surely get mentioned among a whole host of others.

However, Pochettino’s close relationship with Espanyol (who he played for and coached) probably rules him out as a serious contender.

Like with Arsenal, Pochettino is on record saying he could never manage Barça. Sorry, Messi. 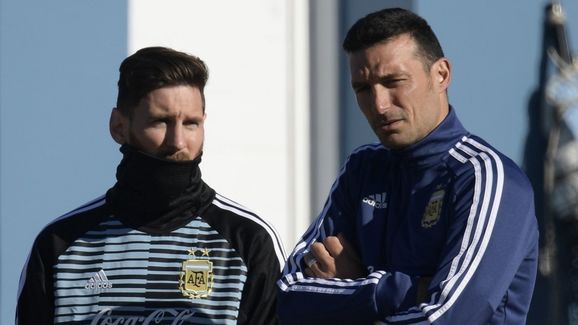 The Argentina national side are currently enjoying a decent spell under former West Ham loanee Lionel Scaloni, who took permanent charge last year and led the club to third in the most recent edition of Copa America.

To date, Scaloni has won 13 of his 22 matches in charge, a reasonable record for someone in their first head coach role. But whether La Albiceleste would attempt to lure a manager of Pochettino’s calibre to take over his national side remains to be seen.

Indeed, whether Pochettino feels the time is right to switch to international management is also unsure. However, it’s fair to say it isn’t his priority at present. Now so well-known as a manager, it is easy to forget that Pochettino was successful player himself, enjoying a spell with PSG between 2001 and

One of the elite clubs of European football at present, the issue with taking over the most prized job in Ligue 1 is that longevity hinges on European glory. Many managers have come and gone in Paris that secured the domestic title with consummate ease, only to fall at the Champions League hurdle and lose their jobs.

Thomas Tuchel has already lost as many league matches this season as Unai Emery did in his final season in charge, with his place at Parc des Princes increasingly likely to be decided on their European fortunes.

It would offer a calmer lifestyle to the constant media onslaught that both Spain and England offer – as well as a sizeable pay packet – but whether the position would be deemed the right move for Pochettino is uncertain. It wouldn’t, however, require learning a totally new language, with the Argentine having better French skills than his English speaking ability upon taking the reins at Southampton.

All that said though, as a young manager who at present is most European side’s number one choice to take charge, there will probably be more enticing options available to Pochettino. 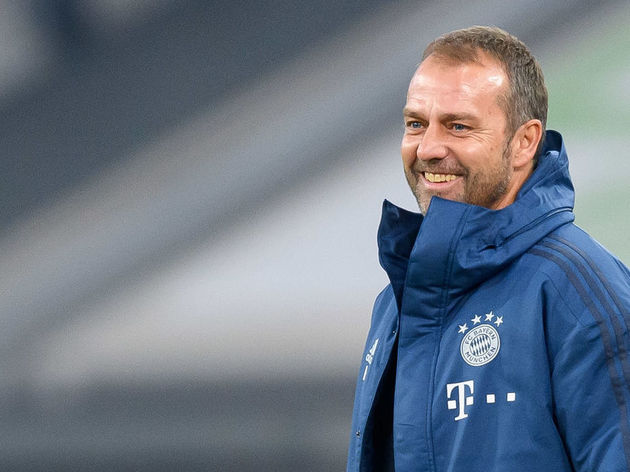 Talk has emerged from the Bayern camp that Pochettino is well-liked among the club’s hierarchy. After the sacking of Niko Kovac, plenty of names were flung around, with the former Spurs man among the most likely.

One of the gripes in Bavaria over former boss Kovac was that the passing, possession-based style that Die Roten had become notorious for was trickling out of their game. It’s a style that Pochettino is known for, particularly in the way he transformed Southampton.

Furthermore, leaving Spurs will require some time for reflection and tranquillity and the fact that Bayern are in no rush to instil a permanent man at the helm will allow Pochettino plenty of downtime before immediately taking the plunge and heading to Germany.

For his benefit, trophies are a far more likely proposition for the Argentine in Bavaria, in what is the only blotch on his CV to date. Granted, at present there is another manager in the dugout who will need to be relieved of his duties before any such move materialises. However, if Madrid endure another frustrating Champions League campaign and find themselves falling behind Barcelona as the season wears on, then Pochettino’s name will undoubtedly be mentioned – if it hasn’t already – as Zinedine Zidane remains far from secure in his post.

The opportunity to return to La Liga where his managerial career began is something he’s previously mentioned he’d ‘love’ to do. While it will also be a return to speaking his native language, making the job one that Pochettino looks upon with lustful eyes.

Even if the job is a notoriously difficult one to get right and offers very little job security.

Much will hinge on how Zidane manages his way through the current campaign, with Los Blancos level on points with Barça and well on course to reach the Champions League knockout stages. However, if the season begins to derail, the Argentine could well be waiting in the wings. That doesn’t paint over the glaring cracks at United, however. The club are still struggling and questions marks persist as to whether the Norwegian has the managerial credentials to take the club back into the upper echelons of English (let alone European) football.

The growing feeling is that this isn’t the case, as Solskjaer’s role of steadying the ship following Mourinho’s sacking was one he performed admirably, but has since ran its course.

United will be aware that a manager of Pochettino’s quality does not come about often, and it will only require a couple of poor results before they avert their attention elsewhere.