The visitors are heavy favourites against their doomed opponents, but Al Hain-Cole thinks that a lack of cutting edge means that their fans should not be expecting a rout

While QPR are already doomed to relegation this season, Arsenal still have plenty to play for when they travel to Loftus Road on Saturday.

The Gunners could have slipped behind local rivals Tottenham and out of the top four by the time they take to the field in west London, and will be desperate for all three points in order to keep their Champions League dreams alive. 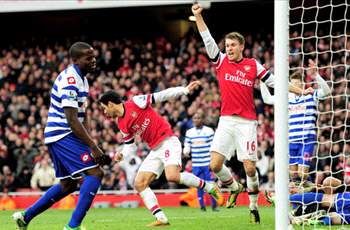 Arsene Wenger’s men have won nine of their last 13 Premier League fixtures as they enjoy a typically strong finish to the season, and are heavy 4/9 (1.44) favourites with Coral to claim another victory in this one.

Harry Redknapp’s team will be merely hoping to restore some severely dented pride after six games without a win, but are unfancied at 6/1 (7.00) to do his former Spurs side a favour by coming out on top here.

Four of the last seven league games at Loftus Road have resulted in a draw, and you can get odds of 10/3 (4.33) on this one finishing all square.

While The Hoops have not given their fans much to cheer about recently, they have rarely been thrashed since Redknapp took over, and have conceded just six goals in their last seven home games.

On the other hand, Arsenal have been picking up results without necessarily playing at their best, and looked rather toothless at times against Manchester United without suspended striker Olivier Giroud. 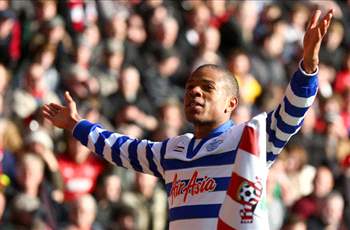 A bet on under 2.5 goals would have paid out in six of the last seven at Loftus Road, as well as each of the visitors’ last three games, and therefore offers exceptional value at 13/10 (2.30) odds.

Wenger will undoubtedly be looking to add to his attacking options in the summer transfer market, and has been linked with a move for opposition striker Loic Remy in some quarters.

The French international has already suggested that he has no intention of playing Championship football next season, and will therefore be working hard to impress in order to earn himself a big money move.

The former Marseille man has scored five goals in 10 starts for QPR, and is worth backing at 2/1 (3.00) to hit the back of the net on Saturday.