Arsenal’s hopes of keeping hold of Eddie Nketiah have suffered another blow as the striker turned down the club’s latest contract offer.

The 22-year-old’s current deal expires at the end of the season and he will be free to sign a pre-contract with a foreign club from January onward.

Sky Sports News has been told Nketiah’s decision is not motivated by finances, but over a lack of a first-team opportunities.

Arsenal head coach Mikel Arteta has publicly said he wants Nketiah to stay, but the England U21 record goalscorer has yet to feature in the Premier League this season. 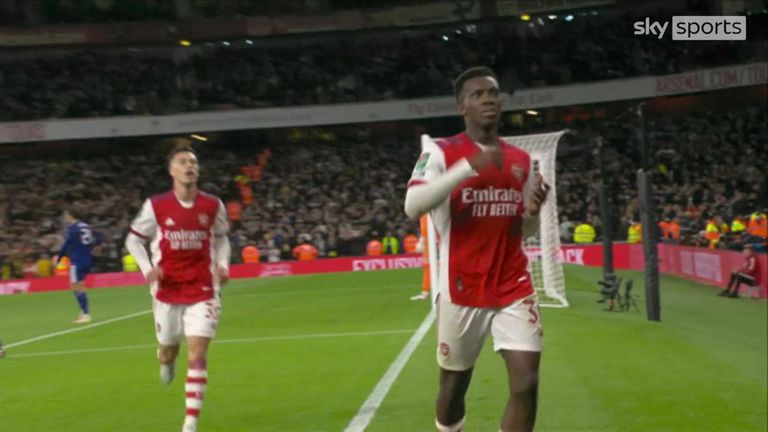 Nketiah, who came through the club’s academy, joined Leeds on loan for the first half of the 2019-20 season, before breaking into the first team as he returned to the Emirates for the second half of the campaign.

He continued to be given opportunities last season, scoring six goals in 29 appearances last season, including two strikes in 17 Premier League games.

Nketiah has impressed on the international stage, with his 16 goals in 17 appearances making him England’s record scorer at U21 level. 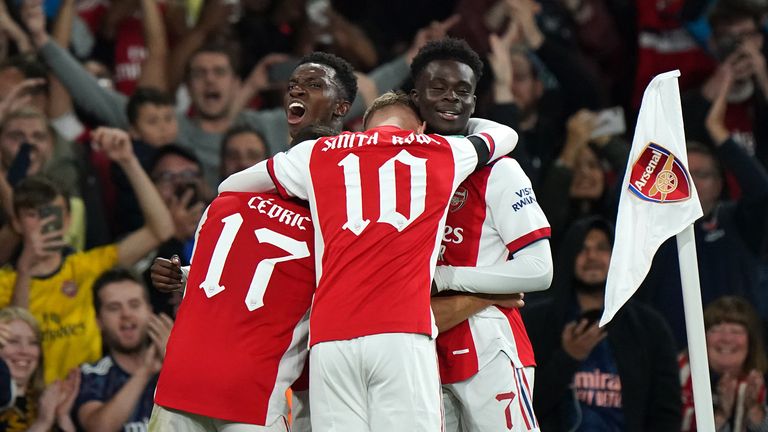 However, he has been unable to dislodge Pierre-Emerick Aubameyang and Alexandre Lacazette this season despite scoring in both of his Carabao Cup appearances.

With a hectic festive domestic fixture schedule underway, including a Carabao Cup quarter-final against Sunderland on December 21, this month could see Nketiah given more opportunity.

Arteta may be reluctant to alter what has proven to be a successful formula in the Premier League, with Arsenal having lost just once in their last 10 games to climb to fifth in the table ahead of Thursday’s trip to Old Trafford to face Manchester United.