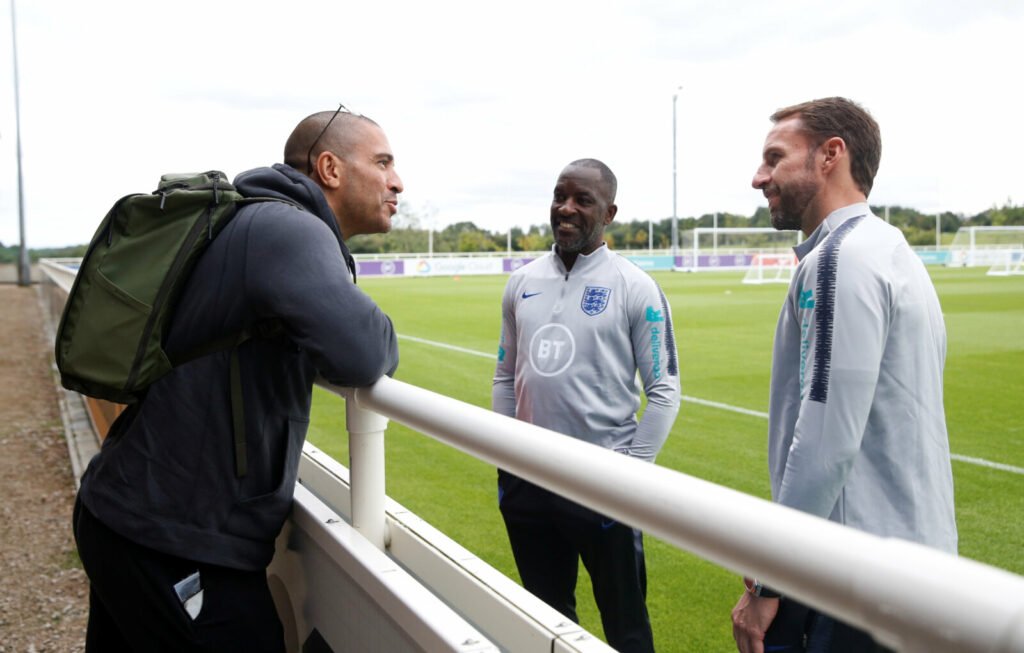 The Gunners overcame their fierce rivals with a dominant performance, however, it wasn’t enough to win over the former Liverpool man, who voiced his disapproval over the outfit ahead of the remainder of the season.

In his column for the Daily Mirror (via HITC), the Englishman labelled both the north London side and the Red Devils as ‘lightweights’.

He said: “Sunday’s clash between Manchester United and Arsenal was a clash of the lightweights.”

“Both will suck their fans into believing they can achieve something, but both have the spine and bottle of a jellyfish.”

With Arsenal, it’s a case of damned if you do and damned if you don’t. If the club were to play badly, Collymore would surely have pointed out the club’s horrendous run of form away to fellow ‘big six’ clubs.

However, they didn’t play badly, as a matter of fact, Mikel Arteta’s men were in sensational form, defending and attacking well as they earnt a thoroughly deserved win. And it seems as though, the 49-year-old can’t build up the courage to praise the team.

Criticism will always fly the way of Arsenal given how far the club has fallen since the early 2000s. It remains crucial that the Spaniard ensures the team remain focused in their pursuit of top four, rather than on the thoughts of so-called ‘experts’.

Arsenal fans, do you agree with Stan Collymore’s criticism of Arsenal? Let us know your thoughts!