Everton will be hoping to stake their claim for the fourth Champions League spot when they welcome Arsenal to Goodison Park on Sunday.

The Toffees have won 18 and lost just one of their last 24 league games on home turf and are 6/4 (2.50) favourites with bet365 to move within a point of their guests with a seventh consecutive victory.

A run of just three wins in 10 Premier League fixtures has seen Arsene Wenger’s men go from targeting the title to looking anxiously over their shoulders at the chasing pack. But they are available at 17/10 (2.70) to give themselves some valuable breathing space by emerging victorious on Merseyside.

The last three league meetings between these sides have each finished all square, and you can get odds of 12/5 (3.40) on them playing out another draw this time out.

The Gunners’ recent collapse can largely be attributed to a defensive implosion that has seen them concede 21 goals in their last 12 games, having let in just four in the previous 10. 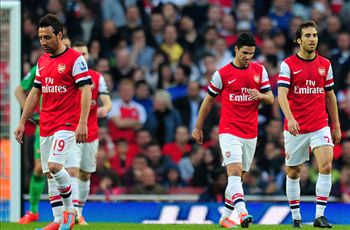 While they stemmed the flow by restricting a prolific Manchester City team to just one goal in last weekend’s 1-1 draw, the visiting defence are likely to come under yet more pressure when they take on an attack that has failed to score just twice on home turf all season.

With 38 goals in 18 home games to their name so far this campaign, Roberto Martinez’s men will not be afraid to start the game on the front foot, meaning a high-scoring match similar to last month’s 4-1 FA Cup clash should be on the cards.

Considering over 2.5 goals have been scored in each of Everton’s last five games, odds of 19/20 (1.95) look extremely generous on that haul being exceeded for the eighth time in 11 Arsenal away fixtures in the league.