Nothing beats the excitement of an accumulator on an action-packed weekend of football and with bet365’s Euro Soccer Bonus, there is less excuse than ever to miss out.

You can now place a multiple featuring games from throughout Europe’s four biggest leagues and the Champions League and receive a bonus of up to 100 per cent on your returns. A treble gets you 5%, a fourfold is worth an extra 10% and a nine fold would earn you a boost of 50%! Here’s a few games to get you going… 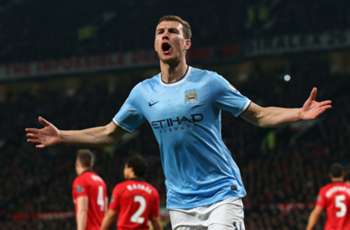 Fellow title contenders hoping to see Manchester City drop points in a difficult derby game on Tuesday were left disappointed after they ran out convincing 3-0 winners in an ominous display that left them in the driving seat heading into the final stretch of the season.

Meanwhile, Arsenal saw their own title hopes fade even further with a disappointing 2-2 draw against Swansea in midweek, compounding the misery inflicted by last weekend’s 6-0 defeat to Chelsea.

Having previously lost 5-1 against Liverpool and 6-3 against Manuel Pellegrini‘s men, bet365’s price of even money (2.00) seems safe on them coming unstuck in another high profile match on Saturday. 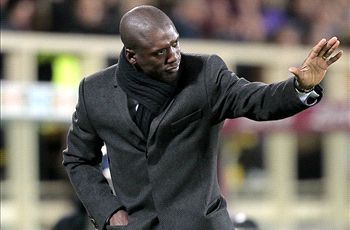 It has been a good week for Clarence Seedorf, who was under pressure at San Siro before leading AC Milan to four points from difficult trips to Lazio and Fiorentina within the space of four days.

The Dutchman will now be hoping to consolidate his position even further with a home game against struggling Chievo, who have won just two of their last 17 games on the road.

Having come out on top in 13 of the last 14 meetings without losing once, a confident Rossoneri must be backed at 2/5 (1.40) to consign their visitors to a fifth consecutive away defeat here. 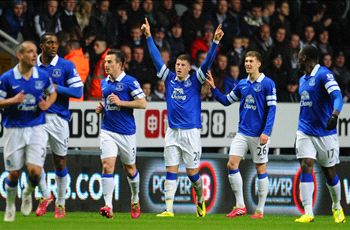 An impressive display at St James’ Park on Tuesday saw Everton record a fourth consecutive league win for the first time this season, bringing an end to a four-game losing streak on the road in the process.

Roberto Martinez’s men now have fourth-placed Arsenal firmly in their sights, and will be looking to ramp up the pressure even further with another three points against bottom club Fulham, who have lost 10 out of 15 league games at Craven Cottage.

The Toffees ran out 4-1 winners against Fulham at Goodison Park and offer great value at 3/4 (1.75) to come out on top once again this time out. Valencia continue their quest for European qualification with an inviting-looking home game against relegation-threatened Getafe on Sunday night.

Los Che have built the majority of their success at the Mestalla this season, where they gone nine games unbeaten in all competitions, so should be confident of beating a team that have lost eight of their last 10 away games, scoring just twice.

Juan Antonio Pizzi’s team secured a 1-0 win in the reverse fixture back in November and are not to be missed at 2/5 (1.40) to complete the double with all three points on home turf.