We look ahead to another busy night of action in the Carabao Cup third round, with AFC Wimbledon travelling to face Arsenal and Chelsea hosting Aston Villa.

The Senegal goalkeeper is still battling a hip complaint, and will face a race against time to be fit for Saturday’s Premier League encounter with Manchester City.

Christian Pulisic will also be a doubt as the USA forward continues to shake off an ankle issue.

The record signing was an unused substitute in the 3-0 win over Everton after only returning from Croatia hours before, where he had been training with Emi Martinez to avoid quarantining following international duty with Argentina.

John McGinn is likely to miss out after coming off against the Toffees with a concussion with Leon Bailey unlikely to be risked after a quad injury while Trezeguet (knee) is a long-term absentee.

This will be the fifth League Cup tie between Chelsea and Aston Villa, and first since 2006-07 when the sides met in the fourth round. The Blues have progressed from three of the previous four, with Aston Villa’s only triumph coming back in 2003-04 in the quarter-finals.

FREE TO WATCH: Highlights from Brighton’s win over Leicester

Brighton defender Tariq Lamptey is in contention to make a long-awaited comeback in the Carabao Cup tie against Swansea.

Lamptey has not featured since December 2020 because of a serious hamstring injury, but was an unused substitute for Sunday’s Premier League win over Leicester.

Dan Burn should be involved again after showing no reaction following his return from a knee problem, but fellow defender Adam Webster (hamstring) looks set to be out of action until after October’s international break.

Seagulls boss Graham Potter indicated he will utilise his squad, so should recall some of the under-23s players who were involved in the win at Cardiff in the last round, where midfielders Marc Leonard and Taylor Richard both started.

Swansea boss Russell Martin confirmed he will also make changes for the trip to the Amex Stadium.

Forward Joel Piroe could be in line to start having come off the bench to score a last-minute equaliser as the Swans fought back from three goals down to draw 3-3 at Luton on Saturday.

Midfielder Olivier Ntcham, who was also on target in the late revival, and defender Ben Cabango could also feature again following their substitute appearances at Kenilworth Road.

Brighton and Hove Albion last faced Swansea in the League Cup in August 2009, losing 3-0 at Liberty Stadium under Russell Slade.

Arsenal will be without the suspended Granit Xhaka for their Carabao Cup third-round clash with AFC Wimbledon.

The midfielder will serve the last of a three-game ban for his red card at Manchester City before the international break.

Mohamed Elneny (hamstring) will be assessed ahead of the match but other than that Mikel Arteta has a fully-fit squad to select from and is likely to make changes.

Wimbledon lost for just the second time this season at the weekend and the Sky Bet League One promotion hopefuls are also expected to show alterations.

Mark Robinson made eight changes for the second-round win at Northampton last month and will be aiming to give minutes to fringe players at the Emirates Stadium.

Daniel Csoka will be pushing for a start having come off the bench against Plymouth following a shoulder complaint while Paul Osew’s ankle injury could keep him out.

This is the first ever meeting between Arsenal and AFC Wimbledon in any competition. 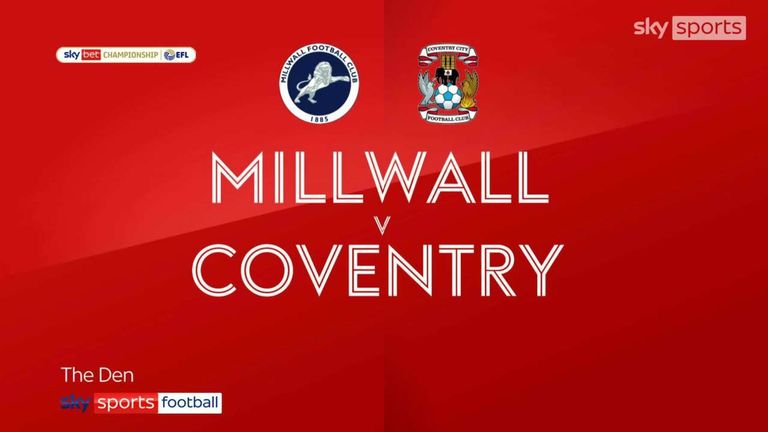 Highlights of the Sky Bet Championship match between Millwall and Coventry

Shaun Hutchinson could be in line to feature for Millwall in their Carabao Cup clash against Leicester.

The defender has resumed training after sustaining a thigh injury last month and manager Gary Rowett said he “should be back for Wednesday”.

Danny McNamara, Benik Afobe and George Evans may also be in contention having also returned to training after injuries but winger Sheyi Ojo is a doubt as he recovers from illness.

Ayoze Perez could return for Leicester.

The former Newcastle forward is available again after suspension.

Jonny Evans will be a doubt with a foot injury, while fellow defenders James Justin and Wesley Fofana are long-term absentees.

Leicester have won 18 of their last 20 away League Cup matches against sides from a lower division (D2), though one of those draws saw the Foxes go out on penalties against Hull City in 2015 after a 1-1 stalemate. 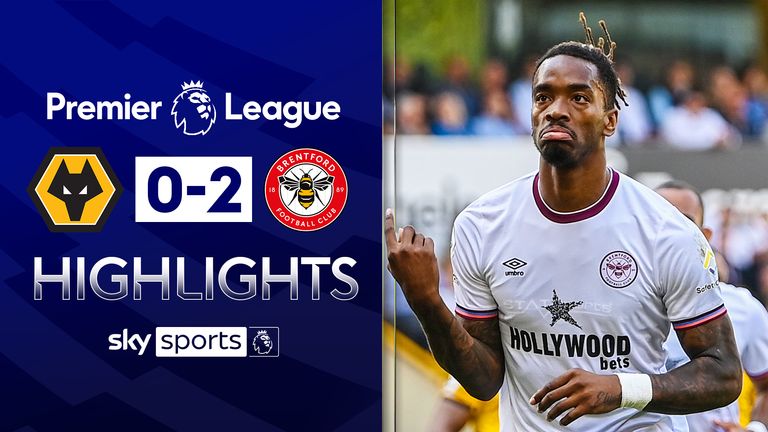 FREE TO WATCH: Highlights from Brentford’s win at Wolves

Hwang Hee-chan could make his first Wolves start in the Carabao Cup clash with Tottenham.

John Ruddy, Leander Dendoncker, Yerson Mosquera and Fabio Silva may all come in following the 2-0 Premier League defeat to Brentford.

Tottenham will be without forwards Steven Bergwijn and Lucas Moura. Bergwijn has a sprained ankle while Moura has a knock and both men will not make the trip to the midlands.

Defender Japhet Tanganga is back from suspension and should return to the squad.

Wolves and Tottenham last faced in the League Cup in the 1971-72 semi-final, with Spurs winning 4-3 on aggregate before beating Norwich in the final that year.