​Leicester manager Brendan Rodgers is reported to see the Arsenal vacancy as his ‘dream job’, but holds reservations over leaving the Foxes mid-season, regardless of the lure of the Emirates.

​Arsenal have been managerless since sacking Unai Emery last week, and with Freddie Ljungberg at the helm for the short-term, they are considering a list of targets to replace the Spaniard, with Rodgers ​supposedly ranking highly among them.

The Northern Irishman has been in charge at ​Leicester since February and has turned their fortunes 180 degrees in less than ten months in the job. He steered his new side into the top half with a strong finish to the 2018/19 season, and with ten wins from the opening 14 matches of this campaign, they sit in second – eight points behind Liverpool and three ahead of Manchester City. 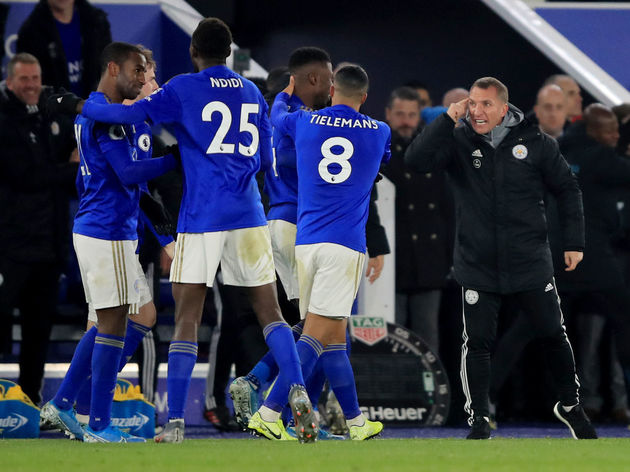 Following on from a remarkably successful spell with Celtic, in which he won every domestic trophy the Hoops contested in his three years, Rodgers has rebuilt his reputation as one of the most esteemed coaches in the world, after his Liverpool career went out with a whimper.

It’s easy to see, then, why Arsenal are keen on him, but according to ​The Star, they may have their work cut out for them if they want to lure him before the end of the season. Though Rodgers is said to see the vacancy as his ‘dream job’, he is facing a ‘huge personal dilemma’ over leaving mid-season.

His preference, it is suggested, is to wait until the summer, but it is as yet unclear if Arsenal will go for that, or if they will issue Rodgers with a similar ultimatum to the one Leicester did less than a year ago. Rodgers faced heavy criticism from Celtic fans after leaving with the club on the cusp of a famous ‘treble treble’ and may want to avoid generating similar ill-feeling among the Foxes fanbase.

Whether Arsenal will force the issue now or look elsewhere may depend on the fortunes of Freddie Ljungberg’s interim spell. The Swede oversaw a 2-2 draw with Norwich in his first game in charge, and if he can prove his mettle over the next few games then Arsenal may be prepared to leave it with him until the summer and make a decision then, when Rodgers may be less reluctant to talk.

Arsenal face Brighton and West Ham over the next week as they look to rally behind Ljungberg and bounce back from a difficult start to the season.