The international break came at a good time for Arsenal. After three defeats from three games, a total of nine goals conceded and none scored, the need for respite was clear.

Mikel Arteta talked of “looking in the mirror” and “changing the dynamic” after the 5-0 loss to Manchester City and Pierre-Emerick Aubameyang offered similar sentiments. “We have to talk, say the truth between each other, and raise the level,” he said.

The hope is that a fortnight’s self-reflection will help Arsenal put their dismal start to the season behind them. What’s most important to Arteta, though, is that the squad available to him after the break will look very different to the one he had before it.

Arsenal’s list of absentees stretched towards double figures during the opening weeks of the season. Some were sidelined by injury. Others, most notably Aubameyang, Alexandre Lacazette and Ben White, tested positive for Covid-19.

Arteta was forced to name what he described as an “unprecedented” line-up for Arsenal’s opening game against Brentford and he has been chopping and changing ever since.

In fact, Arteta has made more line-up changes (seven) than any other Premier League manager this season. He has used the most players (22) too. Only three outfield players have started every game and one of them – Granit Xhaka – now faces a three-match ban.

The circumstances do not explain away Arsenal’s woeful performances entirely, of course, but the scale of the disruption – heightened amid an ongoing transfer window – does at least provide some mitigation for a manager under mounting pressure.

Now, though, the situation is different.

There is a new signing in the problematic right-back position, with Takehiro Tomiyasu becoming Arsenal’s sixth addition of the summer on deadline day, while other members of the squad have used the international break to build up their fitness.

White, absent since the Brentford game, featured in a behind-closed-doors friendly against the same side last week and so too did Gabriel Magalhaes, who has been recovering from a knee injury. Lacazette, yet to start this season, played 90 minutes and scored.

That friendly, from which Arsenal emerged 4-0 winners, came too early for Thomas Partey, who injured his ankle during pre-season, but the Ghanaian has since returned to training and is expected to be available for selection again soon.

Suddenly, the squad looks in far better shape than it was and that adds to the level of expectation on Arteta.

Arsenal are of course in the early stages of a rebuild, as explained by technical director Edu in conversation with Sky Sports last week, but while the summer recruitment was conducted with the long-term future in mind, nothing less than immediate improvement will do for the man in the dugout.

Arsenal’s meetings with European champions Chelsea and Premier League champions Manchester City could hardly have come at a worse time for Arteta but their upcoming fixtures look far kinder.

On Saturday at the Emirates Stadium, they face newly-promoted Norwich, the only side in the Premier League to have conceded more goals than them this season.

After that come Burnley, Tottenham and Brighton in the Premier League before games against Crystal Palace and Aston Villa to follow the next international break in October. Five of their next seven fixtures in all competitions are at home.

The meeting with Spurs is of course a tricky proposition, especially following their strong start to the season. But it is certainly winnable. Given it will be played in front of a crowd at the Emirates, it is also an opportunity to galvanise a frustrated fanbase.

Arteta can reduce the pressure on his shoulders in the meantime by taking maximum points from the meetings with Norwich and Burnley. Even that, though, will require significant improvement.

The changes in personnel will help. Kieran Tierney could be the only member of the five-man defence ripped apart by Manchester City who keeps his place in the weeks ahead. Arteta even has the option of using Aaron Ramsdale instead of Bernd Leno in goal.

Arteta can conceivably pick his strongest defence from now on, assuming Tomiyasu is deemed ready for a swift introduction, so there can be no excuses for any more shambolic displays like the ones against Brentford, Chelsea and Manchester City.

Arteta must show he can bring discipline and resilience back into Arsenal’s defensive performances and there is a need for drastic improvement at the other end of the pitch too.

Arsenal have been wasteful in front of goal – they are the only side in the Premier League yet to score this season – but the bigger issue has been a familiar lack of creativity. Their overall expected goals total of just 1.66 is the lowest in the division.

Arteta hopes the return of Martin Odegaard, a £34m signing from Real Madrid following his loan spell at Arsenal last season, will help in that regard but the side’s collective approach is more important and it’s down to Arteta to get that right. 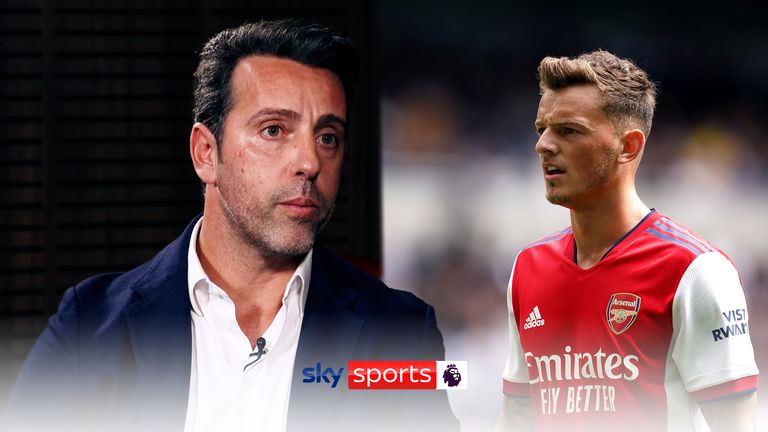 So far this season, and indeed for much of the last one, Arsenal’s offensive strategy has focused on finding the overlapping Tierney in crossing positions on the left.

Arteta needs to diversify Arsenal’s attacking threat and for that to happen there needs to be more emphasis on unpicking opponents through the middle of the pitch.

Partey’s return will provide a considerable injection of quality in that area but Arteta needs to show supporters he has a coherent plan for how his side can hurt opponents. At the moment, they look too predictable. It was the same story for much of last season.

Indeed, it is worth remembering that many of the issues afflicting Arsenal in the early weeks of this season are long-standing ones under Arteta.

Defensively, they have shown they are capable of much better having conceded the third-fewest goals in the Premier League in 2020/21 but central midfield has been a problem throughout his tenure and so too has the attack.

Since Arteta’s appointment, Arsenal rank eighth among Premier League clubs for goals scored, 10th for expected goals and 13th for shots. He must find ways to improve those numbers – and quickly.

His chances of doing that look better now that he has a near-full complement of players to choose from. But Arteta is entering a potentially defining run of fixtures with plenty still to prove.

After a much-needed period of respite, it is time to deliver.