Arsenal Women earned a well-deserved victory over Liverpool Women on Sunday afternoon to keep up with fellow title challengers Manchester City, thanks to another goal from top scorer

Arsenal dominated the opening minutes but it was Liverpool who had the best chance of the early exchanges, but Manuela Zinsberger superbly tipped Sophie Bradley’s effort onto the post. The hosts eventually took the lead just before the half-hour mark, when Miedema fired a low drive beyond Liverpool goalkeeper Anke Preuss, continuing her wonderful start to the new season.

Arsenal controlled the game without truly threatening to punish Liverpool in the second half, Leah Williamson hitting the bar with a long-range strike and Miedema going close once more. It was a disjointed display from the Gunners but

Vivianne Miedema is the real deal. ​Arsenal dominated possession against a stubborn Liverpool side throughout the match, but the Reds seemed to be standing firm to their superior opposition. That was, until Miedema turned on the style.

The Dutch striker needs only a sniff at goal, and she will punish any team who dares to stand in her way. Midway through the first half, Arsenal finally found some space in the centre of the park, and the ball was rolled into her path – leaving her to lash a fierce strike beyond the goalkeeper’s despairing dive.

The youngster still has plenty to prove in the game, but her trajectory is taking her to the top of world football, and she’s dragging Arsenal along for the ride.

STAR PLAYER – Arsenal found plenty of space and joy down their right-hand side, and that was largely down to the superb play of wing-back Lisa Evans. The Scottish star bombed up and down the right flank time and time again, and Liverpool had no answer for her constant energy.

Evans was the Gunners’ main attacking threat throughout the match, cutting the ball back to the waiting strikers who squandered a whole host of chances in the first half. The 27-year-old was resolute in her defensive duties when called upon, but she proved that she has so much more to offer Arsenal in the final third.

A tough afternoon at the office for ​Liverpool. Vicky Jepson set her side up to be compact and frustrate the Gunners, but their opposition found the inevitable breakthrough and put a pin in the Reds’ game 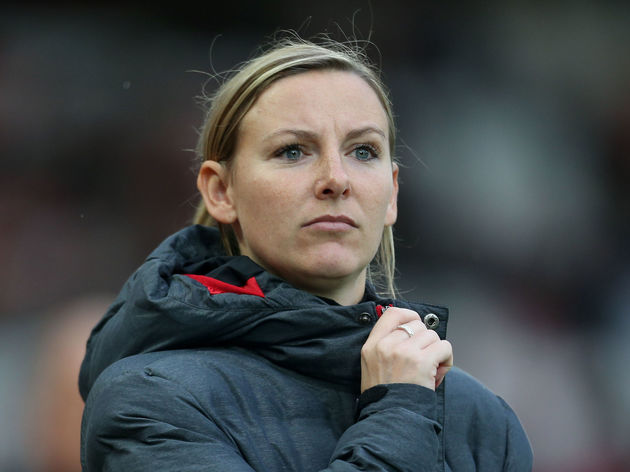 STAR PLAYER – It’s no secret that the Reds struggled all afternoon long against the Gunners, and the score could have been far less flattering had it not been for goalkeeper Preuss. The German shot-stopper was left exposed throughout the match, especially as Liverpool attempted to find a way back into the game.

61: Preuss is quickly down to gather up Miedema’s cross in from the left.

​Preuss made some excellent saves to keep the deficit to only one goal, and she could do very little about the opening strike from Miedema. Liverpool need points in this WSL season and fast, and they will have to rely on their goalkeeper to keep them in many more matches to come.

Arsenal face second from bottom Bristol City next weekend, after the Gunners put seven past the same opposition in the FA Cup in midweek.

Liverpool will be desperate to pick up some points and lift themselves off the bottom of the table, but their fixtures don’t get any easier as they take on joint-second ​Man City on Sunday afternoon.