After a midweek disappointment, the Gunners will look to get back to winning ways against an improving Black Cats side, with Hugh Wilson anticipating a tight match

Arsenal’s Champions League hopes are all but over after a 2-0 loss at home to Bayern Munich on Wednesday. The German champions took advantage of their extra man following the first-half dismissal of Wojciech Szczesny and ultimately cruised to victory.

The Gunners face relegation-threatened Sunderland this Saturday, looking to keep pressure on Chelsea, who play Everton earlier on Saturday. 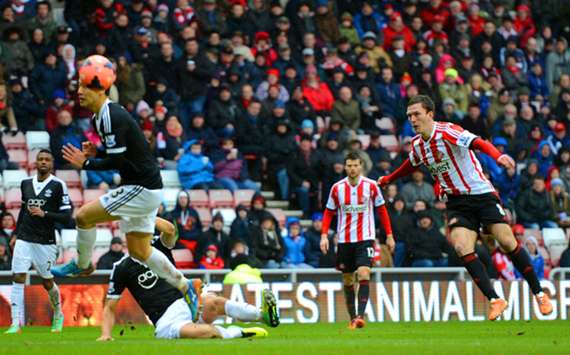 Sunderland come into this match after winning seven of their last 10 matches. Gus Poyet seems to have got the Black Cats into shape after a tough start to the season. With a Capital One Cup Final and FA Cup quarter-final to come, he must make sure his side keep their concentration in the league to avoid the drop. Bet365 price them at 9/1 (10.00) to beat Arsenal.

Despite the Bayern defeat, Arsene Wenger’s side have been brilliant at the Emirates this season, staying unbeaten in the league since the first day of the season, when they lost to Aston Villa. With only two wins recorded in their last five matches, this will be seen as a good opportunity for the Gunners to get back to winning ways. Bet365 price them at 3/10 (1.33) to take all three points. The same firm price the draw at 4/1 (5.00).

Looking at the anytime goalscorer market, a couple of players may be worth backing, with Alex Oxlade-Chamberlain and Adam Johnson both in fine form. However, their respective prices of 5/2 (3.50) and 5/1 (6.00) don’t stand out.

Instead, it’s worth looking at the total goals market in this fixture. Under 2.5 goals at 43/40 (2.08) with bet365 is a fantastic price when you consider it’s paid out in Arsenals last nine league games at home. With the bet also landing in four of Sunderland’s last five matches, it’s tough to ignore.