With the battle for the Champions League places hotting up, tipster Hugh Wilson is backing Arsene Wenger’s men including a former player coming back to haunt the Toffees at 9/2

Both sides recorded wins at the weekend to keep up the pressure on their rivals in the race for a top four position. Everton and Arsenal now meet in north London in a game that could cement the Gunners hold on to third place and subject the Toffees to an almighty task to break into the top four. 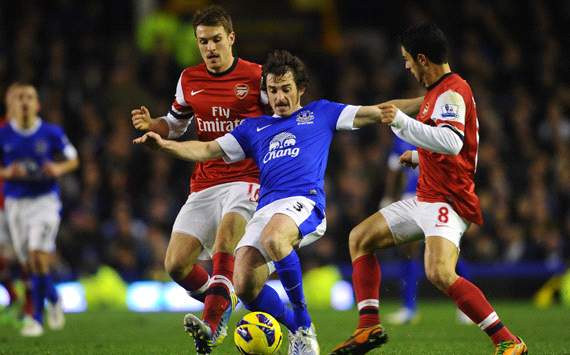 In recent years the Champions League places have become so important, managers have said it’s like winning a trophy if you finish in one of those spots.

Realistically, only the third and fourth positions are up for grabs, with the two Manchester clubs sitting pretty in first and second.

Arsenal come into this match in fantastic form, winning their last five games. They overcame a resilient Norwich side at the weekend, eventually coming out comfortable 3-1 winners. Arsene Wenger’s men are favorites with Paddy Power at 4/5 (1.80) to make that six consecutive wins.

Everton have been in great form at home in recent weeks, also unbeaten in their last five league matches. However, they are without a win away from home in four, drawing two and losing two, which sees them sit in sixth position in the league, trailing Arsenal by four points. 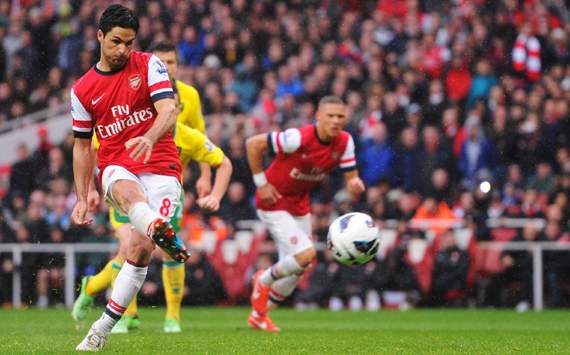 The Gunners are unbeaten against Everton in their last 11 meetings, with Wenger’s men winning eight matches since the Toffees last took maximum points from Arsenal back in March 2007.

With the hosts currently in fantastic form, and Everton with only two wins from their last 12 away matches, the 4/5 (1.80) for Arsenal to win seems like a fantastic price worth investing in.

For those looking for extra value, Everton old boy Mikel Arteta has been amongst the goals for Arsenal this season, including scoring two in his last three.

The Spaniard has been deadly from the penalty spot, showing that against Norwich at the weekend. He is 9/2 (5.50) to score in 90 minutes.