After disposing of Tottenham in the third round, the Gunners welcome the Sky Blues with our tipster backing both teams to find the net

Arsenal and Coventry City face off on Friday in the FA Cup fourth round at the Emirates. The two sides met in the Capital One Cup at the same venue last season, with Arsene Wenger’s side coming out 6-1 winners. 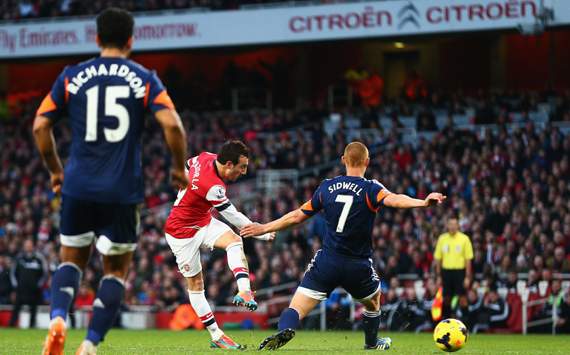 With their league form looking very good, Arsenal will be keen to keep confidence up as they play Coventry City. The Gunners came unstuck in the competition last season when playing lower league opposition, as Blackburn Rovers beat them 1-0 to knock them out in the fourth round for the second consecutive year.

Coventry will be no pushovers on Friday night and are currently holding their own in League One, despite a points reduction at the start of the season. Steven Pressley’s side are the second-highest scorers in the league and come into this match unbeaten in their last six, beating Barnsley 2-1 away from home in the last round.

With Coventry not struggling in front of goal this season, it’s worth looking at markets to find value in the Sky Blues scoring. Both teams to score at 5/4 (2.25) with Paddy Power looks like a fantastic bet.

Pressley’s side have scored in their last 11 matches and, with Arsenal conceding against the likes of Huddersfield, Leeds and Blackburn in the FA Cup in recent years, expect the Sky Blues to have something to cheer about.