​Arsenal chief Josh  the Gunners’ season can still be salvaged.

Emery was relieved of his duties after Arsenal’s 2-1 home defeat to Frankfurt in the Europa League on Thursday evening, and Gunners legend Ljungberg was brought in to guide his former side back up the Premier League table. 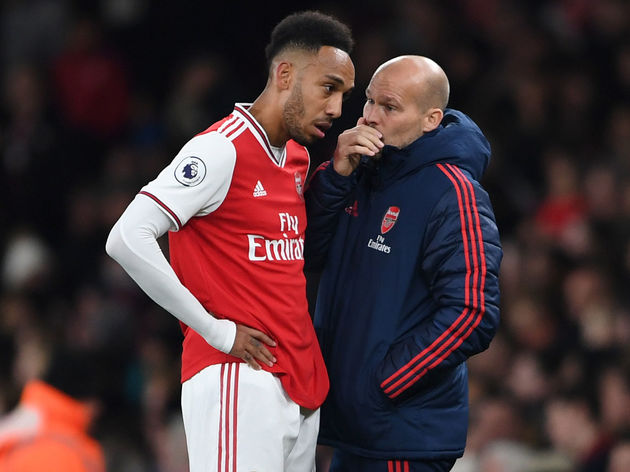 Kroenke took the opportunity to explain the club’s recent decisions during an interview published on ​Arsenal’s offi​cial website, and he confessed that the board ‘wanted to support Unai and his staff’ but the team ‘started to fall short of several goals’.

“Like all of our fans and supporters around the globe, we’ve been concerned about our recent string of performances.

“We wanted to support Unai and his staff until we decided it was time to make a change and ultimately we came to that decision over the last several weeks as a group between myself, Raul, Vinai and Edu.”

When questioned on how difficult a decision it was to sack Emery, Kroenke was quick to praise the Spaniard’s worth ethic, but admitted that the results had not been good enough. “Very difficult. First and foremost Unai is a good man, someone that we all respect very much. His work ethic on a daily basis between him and his staff was fantastic.

“Ultimately we started to fall short of several goals that we set. We still feel that we can achieve those goals this season, which is why we decided to make the change now.”

The ​Arsenal chief was then invited to discuss the appointment of Ljungberg and what the Swede can bring to the club, and he was keen to stress the importance of the new boss’ ‘Arsenal DNA’.

“First and foremost Freddie has Arsenal DNA. Obviously he was a player here for a number of years, the supporters know him very well and he’s worked diligently behind the scenes for the past several years, including the last year and a half or so with Arsenal again. “So it’s been great to have him around, he knows the club’s DNA and we feel he is the right person in the moment to take the club forward.

“My message to Freddie and the players was let’s get back to basics and most importantly let’s get back to having some fun. I think footballers are at their best when I see smiles on their faces and going out there and winning matches. That’s a winning formula to me.”

Kroenke then confirmed that the club is searching for a new boss, stating that the process is ‘already underway’.

“Our process is already underway. It’s going to be led by Raul, Vinai, Edu and Huss here internally. I look forward to getting with them and working closely with them throughout this process. Arsenal are lying ninth in the Premier League table following their labouring 2-2 draw with ​Southampton last weekend, and Ljungberg faces ​Norwich City on Sunday afternoon in his debut as Gunners boss.