Boos rang out around a near-empty Emirates Stadium as Arsenal slumped to a dismal 2-1 defeat to Eintracht Frankfurt in the Europa League on Thursday night.

The Gunners started the game fairly brightly, with Gabriel Martinelli having a header cleared off the line by former Manchester City man Gelson Fernandes.

Joe Willock and Bakary Saka also had good chances in the first-half with both of their efforts drawing fine saves out of stand-in keeper Frederik Ronnow. Frankfurt in contrast looked toothless in the first period, mustering just one attempt on goal in the opening 45 minutes. It was no surprise when Arsenal took the lead in stoppage time through Pierre-Emerick Aubameyang, who just managed to squeeze his shot past Ronnow.

After the break the away side managed to equalise completely against the run of play with Daichi Kamada rifling a shot past Emiliano Martinez to level up the scores. 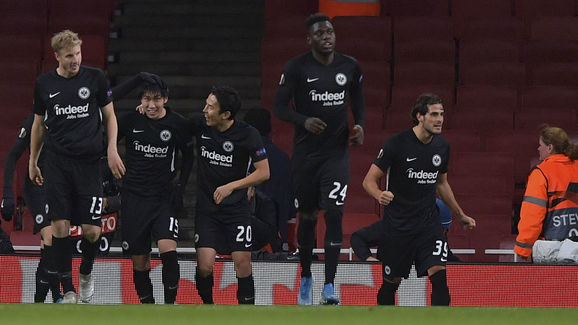 The goal inspired confidence in the visitors and Kamada doubled his tally for the evening with an excellent finish after the ball fell to him from a corner.

Arsenal offered very little in the way of a response to Frankfurt’s brace despite bringing on Mesut Ozil. The game finished 2-1 as the sparsely populated Emirates made their feelings known, with thousands more having already voted with their feet.

It was a rather eerie affair in north London this evening. With Frankfurt fans banned from attending and ​tens of thousands of ​Arsenal fans choosing to stay away, only a very sparsely populated Emirates Stadium witnessed Arsenal’s poor defeat.

And what did the fans who stayed at home miss? Another drab performance from Unai Emery’s side, void of creativity, invention and most worryingly of all, effort. After starting the game fairly well, the Gunners were left shellshocked by Frankfurt’s quick-fire brace in the second half and their failure to muster up any kind of a response in indicative of a side lacking in determination and character.

It was a performance as apathetic as fans feeling towards the clubs at the moment, and unfortunately for Emery the buck will eventually stop with the manager. It is surely now an issue of when not if the Spaniard will be given his marching orders by the Gunners. In what was a mostly dismal display from Arsenal this evening, one bright spark was the performance of Joe Willock.

Operating as a roaming playmaker in the Gunners’ midfield three, Willock’s dynamism and drive were at the heart of everything his side created.

The 20-year-old has been conspicuously absent from the starting XI in recent weeks and if he continues to play like this it won’t be long until his forces his way back into his manager’s plans. Whether that manager will be Unai Emery however, remains to be seen. 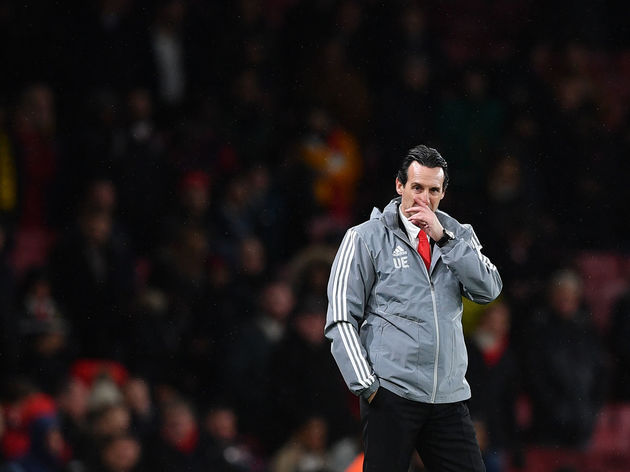 Arsenal turn their attentions back to their domestics commitments this weekend as they look to close the gap on the top four.

The Gunners travel to Carrow Road to face Norwich City on Sunday, in what they will surely be targeting as an easy three points.

Frankfurt will also reset their focus on the league. They take on Mainz on Monday night in the Bundesliga.  ​