VAR hasn’t been particularly well-received in the Premier League to say the least, but at the top of the league, it seems it isn’t having as much of an impact as you would think.

That’s according to an alternative Premier League table, anyway, which calculates the hypothetical points totals across the division’s 240 games so far this season – taking the technology out of the picture. 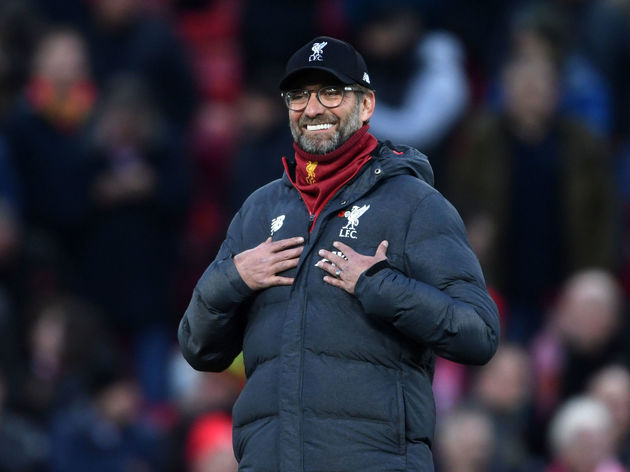 Liverpool have been labelled LiVARpool by social media’s resident banter-merchants, an homage to the apparent favourable treatment they’ve received from the officials in the VAR room. The algorithm, however – as devised by Paddy Power Games – predicts that their 34-point total would remain unchanged.

Their lead over ​Manchester City would be cut to just seven points, however, since City would be two points better off if the technology wasn’t in play – so perhaps the Cityzens do have a case against it after all.

In this alternative universe, ​Chelsea and ​Leicester continue to make up the remainder of the top four, but with four points between them – since Chelsea would be a point better off, while the Foxes would lose four.

Leicester’s -4 point swing is the largest recorded, although ​Everton would move up as many as six places into ninth, with the single point that VAR has allegedly cost them so far. Spurs would be facing a relegation battle meanwhile, two points worse off than they are now in 16th, while ​Crystal Palace drop five places into 17th, just behind them.

The only teams unmoved outside of the current top four are ​Sheffield United, who have been done out of as many as three points, and Watford, who would be no better or worse off.

Below is the entire table, if that’s your sort of thing.