​The 2019/20 Women’s Super League is more than a third of the way through, now giving opportunity to assess the impact of new signings made by each club during the summer. England star Ellen White lost close to two months at the start of the 2019/20 season because of injury, but the WSL veteran has shown since returning to fitness just why Manchester City raced to sign her ahead of the summer’s World Cup.

White has scored in every WSL game since her delayed City debut, as well as also netting in the Continental Cup. That efficient strike rate will be vital at the business end of the season. Manchester United were able to add a world class element to their squad when Jackie Groenen agreed to join the club. The Dutch international experienced a short injury layoff just after the season began, but has otherwise started every game.

Groenen has brought plenty of technical class to an already very talented side. Six years after she left the club to test herself in France, Jennifer Beattie has slotted seamlessly back into the Arsenal back four since re-joining the Gunners from Manchester City in June.

Beattie has been an ever-present at the heart of the defence during a run that has seen Arsenal win five of their last six WSL games without conceding. That included a clean sheet against City, who have otherwise averaged 2.83 goals per game. In each of Everton’s last two WSL games alone, summer signing Lucy Graham has scored crucial goals, including a long-distance winner in front of 23,500 people watching the landmark Merseyside derby at Anfield.

The 23-year-old arrived from Bristol City and has been part of a much improved Toffees team this season. They already have more points in 2019/20 than in the whole of 2018/19. Tottenham’s summer capture of the talented Kit Graham from Charlton was controversial, but the reigning Championship Players’ Player of the Year has made a fine start to life in the top flight, both scoring and creating chances for teammates.

The 24-year-old is the club’s joint top WSL scorer and has started every league game for a side whose primary aim this season was to comfortably remain the division. Former Bayern Munich goalkeeper Tinja-Riikka Korpela has come in as new Everton number one this season and has kept four clean sheets in seven WSL appearances so far, with the Toffees winning five of those games.

The Finnish veteran made a particularly crucial save during the recent Merseyside derby at Anfield, a crucial victory that was won by just a single goal in the end. With number one goalkeeper Siobhan Chamberlain sitting out the season as a result of her pregnancy, Manchester United opted to bring England international Mary Earps back to the WSL after a year with German giants Wolfsburg.

It has been proven to be a stroke of genius, with Earps an excellent shot stopper and commanding presence. She has also been rewarded for her club form with England starts. 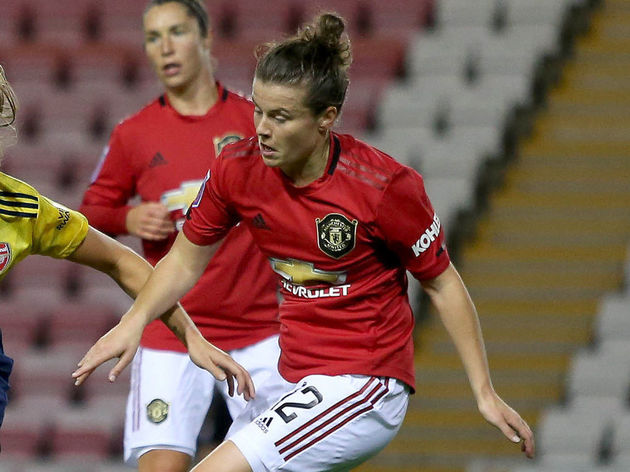 The versatile Wales international began the season as a makeshift full-back, but has now settled into an established central role. Her destructive ability and energy have allowed others to thrive. Having impressed for Norway at the World Cup, the creative Guro Reiten has struck up an excellent early understanding with star forward Beth England since arriving at Chelsea.

Reiten, who was top scorer in Norway’s Toppserien in both 2017 and 2018, was nominated for WSL Player of the Month for September within weeks of making her Chelsea debut this season.